40 years of an art gallery in Barcelona 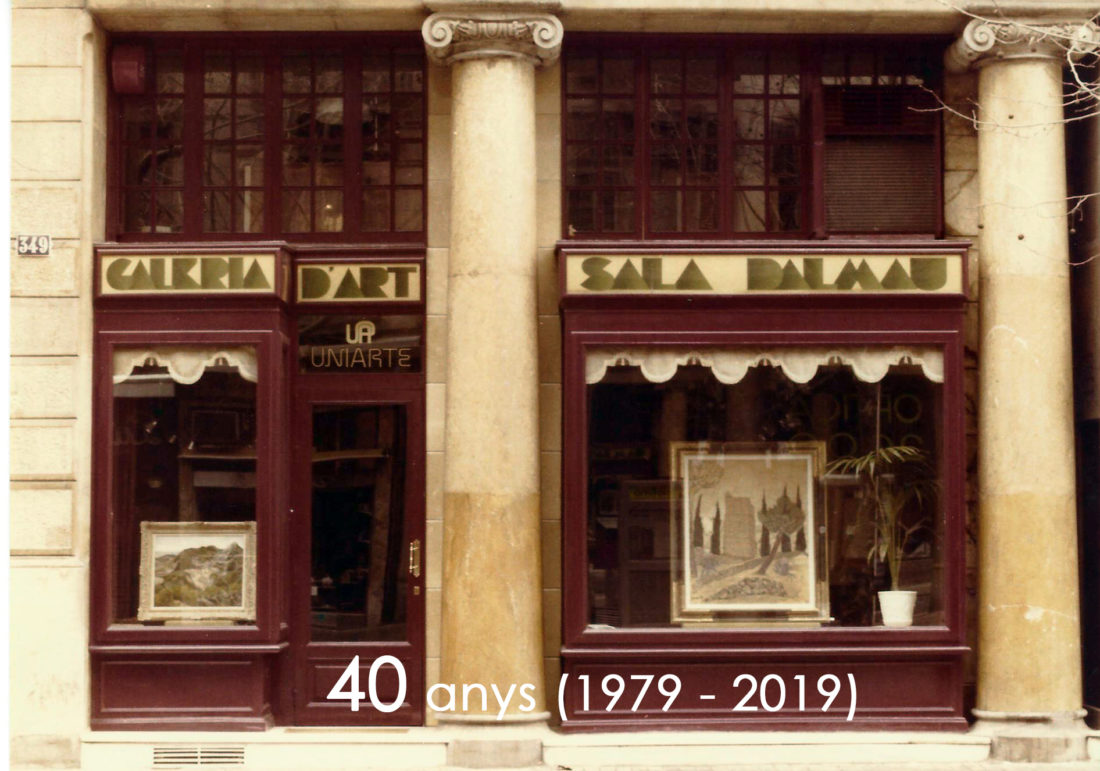 40 years of an art gallery in Barcelona

Dalmau is still on its original place, at number 349, close to Passeig de Gracia. Over the years, our gallery has been witness of the changes of the city, how the commerce focused in the citizens of Barcelona have slowly disappeared. The shoe shop Oliver, the Grocery Simón, bars such as Como, the record store Gong, the boutique Bebelin or the barber Mendialdúa have all closed. There is nothing left from that.

In Consell de Cent between Passeig de Gracia and Rambla Catalunya we are already the oldest: this October we celebrate our 40th anniversary. During these years, Cartier jewelry or the Antonio Miró fashion store have been our neighbors. Now, the Mandarin Hotel, Sandro or Khiel’s are some of the shops that have replaced the classic ones from the city.

Luckily, Consell de Cent is still an interesting place to visit art galleries in Barcelona. Classics such as Mayoral, Gothsland or Eude are still in their original locations, and younger galleries such as Jordi Barnadas have helped to keep it as one of the main streets for art in Barcelona.

This season marks forty years since the opening of our gallery. In October of 1979 Francesc Draper opened Sala Dalmau as homage to Josep Dalmau, the art dealer of the avant-gardes in the Barcelona of the beginning of the 20th Century. 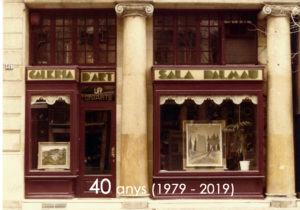 The first exhibition was already a declaration of intentions: a solo show of Hernando Viñes, nephew of the renowned composer and pianist Ricard Viñes, and one of the main exponents of school of Paris. This exhibition, focused in works from the 1920s,30s and 40s, will be one of the main lines of work of the gallery, the avant-gardes of the first decades of the 20th century.

From the beginning, the philosophy of the gallery was to combine exhibition of artistes exiled during the civil war and linked to the avant-gardes with young contemporary whose work used that influence and took it to their own ground. To the, younger by then, Juan Alcalde or Josep Maria García-Llort, we added Jordi Amagat, Jorge Gay, Víctor Pedra or Miguel Peña and, later on, Manolo Belzunce, Javier Lapuente, José Leguey, Miguel Villarino or José Luis Zumeta.

The memory of Josep Dalmau has always been present in our gallery. We recovered his legacy in the exhibition “Josep Dalmau I el seu món” (Josep Dalmau and his world), that allowed us to show his work as the dealer of the avant-gardes and also with exhibitions of artists that have worked with him back in the day such as Jacint Salvadó, Rafael Barradas or, specially, Joaquiín Torres-García.

The interest in Torres-García has taken our gallery to make a deep study on his work and legacy. Besides his work, we have presented in several exhibitions the work of some of his disciples in his workshop in Montevideo. Artists such as Augusto Torres or José Gurvich are part of the history of Sala Dalmau, as well as, very especially, Alceu Ribeiro. Ribeiro, one of the first students of Torres, joined the group of artists of the gallery in 1997. Until his death in 2013, we have the pleasure of knowing his work and his legacy first-hand. 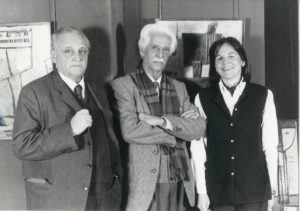 Recovering artists who have left Catalonia and Spain has always been one of the priorities of the gallery: the Barcelonians J.Fín and Javier Vilató had been overlooked when they deserved a greater recognition. A key figure has been Manuel Angeles Ortiz, Andalusian, close friend of Lorca and Picasso, whose work we have shown on several occasions.

Francesc Draper left us in 1999, when we presented the first solo show of Javier Vilató in his hometown after 35 years.  After his death, the gallery has keep forward with the same philosophy, with relevant exhibitions such as  the ones dedicated to Le Corbusier or Eugenio Granell or, last season, the first solo show in an art gallery in Barcelona of José Luis Zumeta, one of the renovators of the Basque painting of the second half of the 20th Century.

We would like to thank all the artists, institutions, galleries, art critics and collectors with whom we have collaborated these years, but also, and very especially, the public of our city who has visited our exhibitions and has valued our work.

¡We hope the gallery can carry on for a long time!