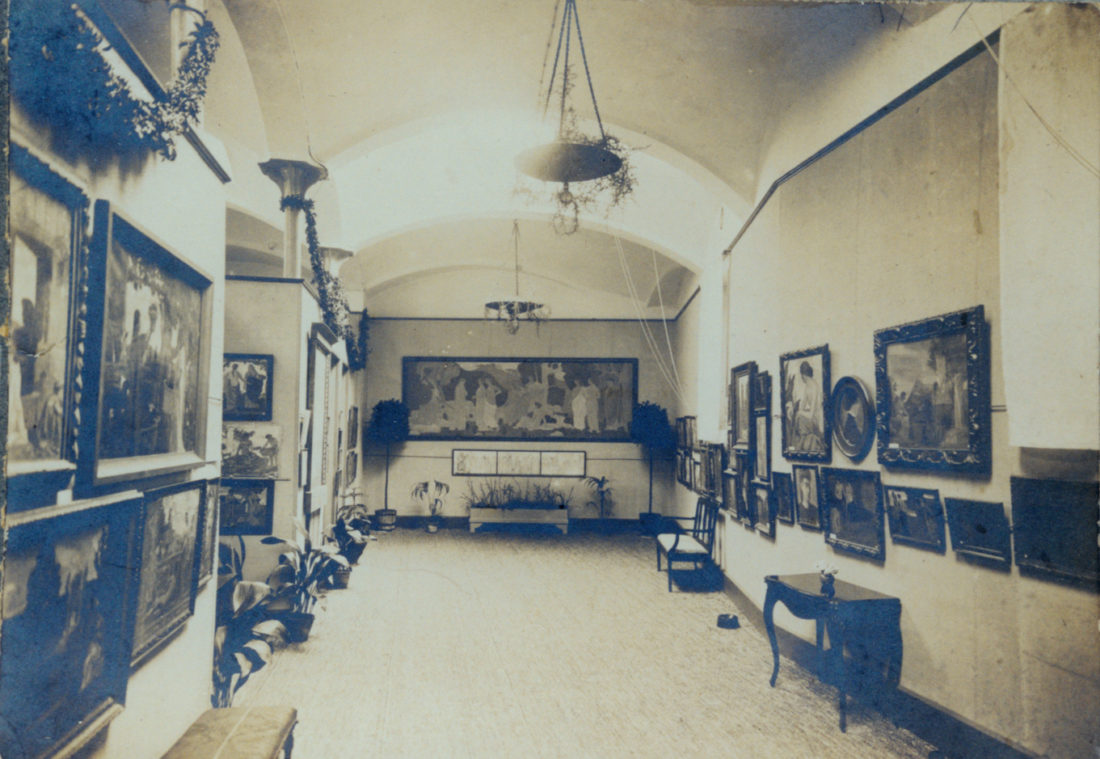 Josep Dalmau is, without any kind of doubt one of the most relevant figures in the history of Catalan art. Born in Manresa in 1867, he was, between 1908 and 1930 the director of the Galeries Dalmau (Dalmau galleries), that revolutionized the artistic scene of Barcelona introducing in our city artists such as Pablo Picasso, Joan Miró, Salvador Dalí, Joaquín Torres-García, Hans Arp, Piet Mondrian…

The Galeries Dalmau had several locations: they began at the 10th of Pi Street. Among their first shows stand out the ones dedicated to two of the most relevant Catalan artists of the begging of the 20th century, Josep Mompou and Isidre Nonell. Their first move, in 1910, was to 18th Portaferrissa Street.

1912 will be a turning point for the new location: Dalmau will present for the first time the works of two artists that will be key in his career, Pablo Picasso and Joaquin Torres-Garcia. It will also be the beginning of his international art group shows, such as the exhibition of contemporary Polish painting wit works by, among others, Eugène Zak, or the spectacular cubist exhibition featuring works by Juan Gris, Metzinger, Gleizes, Leger…

Until 1923 Dalmau will stay at Portaferrissa keeping an unparalleled level of shows:  Van Dongen, Picabia,  Barradas, Charchoune… One of his most adventurous choices will be presenting the works of Joan Miró, whose work would steadily exhibit and whom will help to present his work in Paris. In 1921 Dalmau will also present the first solo show of Jacint Salvadó.

In late 1923 he will move to Passeig de Gràcia, where he will keep exhibiting noted Catalan artists such as Jaume Mercader or Isidre Nonell and organizing salons like the renovator Saló dels Evolucionistes (with the presence of Josep Granyer, Joan Rebull or Josep Momou among others). Of course, he would keep with his renowned group exhibitions of avant-garde artists where he will feature, as well as many of the international artistes he had featured before, others like Marie Laurencin, Francis Picabia o Delaunay. He would also keep exhibiting Joaquín Torres-García or Joan Miró and also presented the little know drawings of the great poet Federico Garcia-Lorca.

In 1925 he will make what may be his last big discovery with another Catalan artist that has also a great name in art history: Salvador Dalí. In his first exhibition at Dalmau, very important works such as “Retrat de la meva germana” (portrait of my sister) or “Venus I mariner (Homenatge a Salvat-Papasseit)” (Venus and sailor (Homage to Salvat-Papasseit) where hanging on the walls of the gallery.

The Galeries Dalmau remained open until 1930, with relevant shows like the ones dedicated to Pedro Flores and Àngel Planells or the “Exposición de arte moderno nacional y extranjero”, with artists such as Arp, van Doesburg o Jean Helion, among others.

After the closing of the gallery, in 1933 Josep Dalmau becomes in charge of the artistic direction of the Galeries d’art de la Llibreria Catalònia, located at the basement of the renowned Catalonia library. There he will organize exhibitions until 1936, including shows by Dalí and Planells. He dies in Barcelona shortly after the beginning of the Civil War. 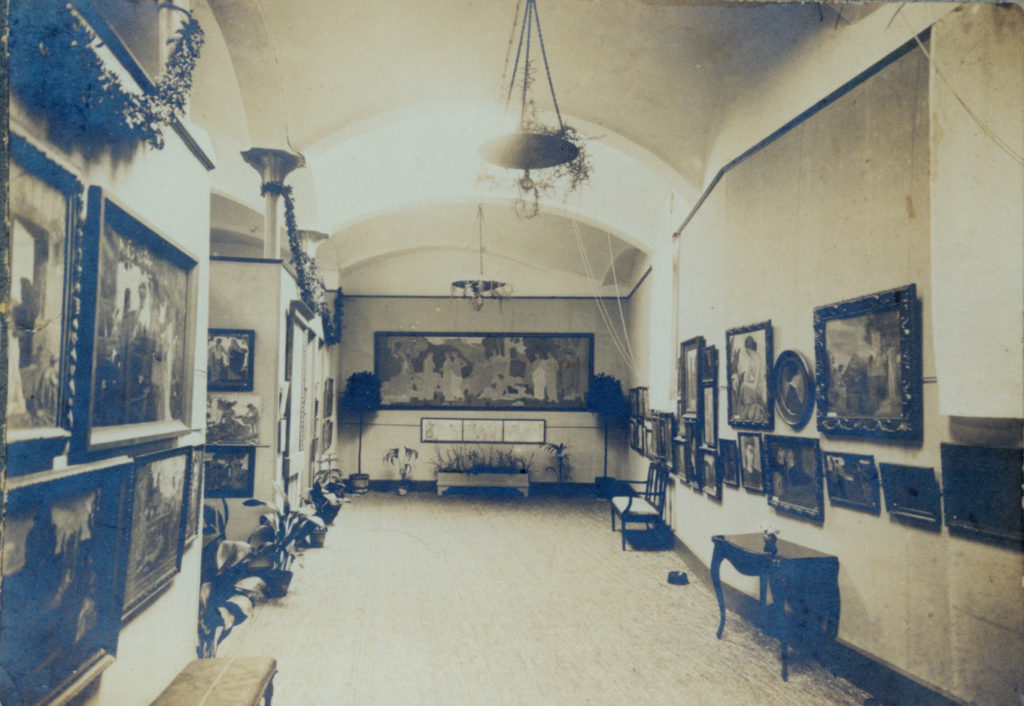 View of Galeries Dalmau in 1912 during the exhibition of Joaquín Torres-García.

After his death, his legacy was slowly forgotten. In February 1969, the Col·legi d’Arquitectes de Barcelona (Barcelona’s architects school) organized an important exhibition that gained the interest of Francesc Draper, a collector and connoisseur of Dalmau’s work, who was already into Barcelona’s art scene. He was surprised to see that a character so important in Catalan’s art history was so overlooked. Because of that, when some years ago he opened his own gallery, he asked the family of the deceased art dealer permission to use the name Dalmau as an homage to his task. Draper, however, in order to differentiate of the Galeries Dalmau, choose instead the name of Sala Dalmau (in English could be loosely translated as Dalmau showroom).

One of the first exhibitions he organized was titled ““Josep Dalmau i el seu mon” (Josep Dalmau and his world), prepared in collaboration with the renowned art historian Enric Jardí. A catalogue was published summarizing Josep Dalmau’s career and analyzing why he wanted to restore his name.

Since its opening in 1979, Draper’s daughter Mariana was also into the project and over the years two of her siblings also joined the family business. From the beginning, our gallery has defended the historical avant-gardes with exhibitions of artists such as Joaquín Torres-García or more recently Le Corbusier. Likewise, we represent a group of artists that due to the Spanish Civil War had to leave Spain to keep on with their career, such as Manuel Angeles Ortiz, Eugenio Granell  or J.Fín, among others.

Our gallery has also presented the work of several artists that, despite being of a generation later than the one of the avant-gardes, they knew hem first-hand, such as Alceu Ribeiro, Augusto Torres, Juan de Andrés or José Luis Zumeta. Lastly, besides our interest in the avant-gardes, we have always exhibited the work of many contemporary artists and over the years we have exhibited the work of Jordi Amagat, Manolo Belzunce, Jorge Gay, Miguel Peña, Javier Lapuente, Virginia Lasheras or José Leguey among many others.