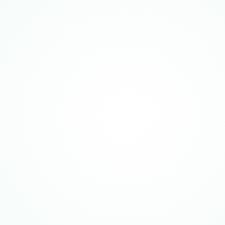 La Coruña 1912 – Madrid 2001.
Eugenio Granell was born at La Corunya in 1912. Until his mid-teens he will between santiago de Compostela and La Corunya. In 1925 he begins his interest in music.

In 1928 he settles in Madrid and studies violin at Madrid’s Graduate School of Music directed by Antonio Fdez Bordas, he collaborates with magazines such as Nueva España and joins organizations close to the Communist left.

He joins Madrid’s cultural life, meets Maruja Mallo, visits the studios of Fernández Mazas and Arturo Souto and joins the literary gatherings of Edurado and Rafael Dieste, where he will meet Carlos Gurméndez, Santiago Arbós and Urbano Lugrís. During this period, he will meet Joaquín Torres-García, Alberto Sánchez, Rodríguez Lipa and Ricardo Baroja.

In 1935 he joins POUM (Unified worker’s Marxist movement) and with the beginning of the Spanish civil war he joins its militias.

He moves to Barcelona where he will meet Benjamín Péret, George Orwell and Kart Landau. Collaborates with Hora de España, a magazine close to the 2nd Spanish Republic.

After the war, Eugenio Granell goes into exile, first to France, where he will be on several concentration camps. Finally he settles in Paris, where he will meet his friends Wifredo Lam and Victor Serge. He decides to move to America and shortly before leaving, he meets his future wife, Amparo. He obtains asylum at the Dominican Republic and settles in Santo Domingo where he collaborates with the newspaper La Nación and designs furniture. He joins the Dominican intellectuality and the European exiles such as André Breton, Pierre Mabile, Victor Serge, Anna Seghers and Wifredo Lam. In 1941 his daughter Natalia is born.

He enters as violin Santo Domingo’s Symphonic Orchestra and collaborates as journalist with La Nación, Agora and Democracia. He participates in his first group shows  and in 1946 presents his first solo exhibition at Santo Domingo’s Fine Arts National gallery.

Alongside Antonio Baeza Flores he publishes the first edition of the magazine La Poesia Sorprendida, featuring collaborations such as Juan Ramón Jiménez, Pedro Salinas or Jorge Guillén. Around 1944 he publishes El hombre verde, a Collection of short stories.

In 1946 he presents a solo show at Puerto Rico’s University, introduced by Pedro Salinas. The political changes in Santo Domingo led Eugenio Granell to leave the country to settle in Guatemala.

Breton and Marcel Duchamo invite him to participate in a show in the Maeght gallery in Paris París “Le Surréalisme en 1947”. He begins to participate in the International Surrealist Movement. He is appointed professor at Fine Arts School of Guatemala and creates the AGEAR, the Guatemalan association of artists and writers.

He tries to organize a congress of Guatemalan intellectuals, but the Guatemalan communist party is opposed and there is a campaign against him, prohibiting the distribution of his work Arte y Artistas de Guatemala. These events led him to move to Puerto Rico, there he will have the help of Juan Ramón Jiménez, Serrano Poncela and Manuel García Pelayo. He takes part in the Almanach  Surreliste du DemiSiècle directed by Breton.

He travels to New York in 1952, there he will meet in person Marcel Duchamp and Edgar Varese. Gives a series of lectures on Puerto Rican Surrealism.

Presents his first show in Paris at the L’Etoile Scellée with a text by Bejamin Péret.

In 1959 he moves to New York. He receives a prize from The William and Norma Copley Foundation. Publishes in Mexico La novela del indio de Tupinamba, with a cover designed by him. Invited by Breton takes part in the Exposition Internacional du Surrealisme and presents a solo show at Bodley Gallery with a text by Duchamp.

In 1960 he becomes a Professor at the Brooklyin College in the New York University. Takes part in the homage to Albert Camus organized at Stuttman Gallery in New York.

During the 1960s he presents solo shows in New York, Milan, Paris, Buenos Aires or Madrid and participates in the Spanish Pavilion of the XXXII Venice Biennale

In 1969 visits Spain for the first time since the civil war and purchases a House in Olmedo de las Fuentes, Madrid.

Between 1970 and 1983 Eugenio Granell continues collaborating with many Surrealist publications besides publishing his own book of poems “Estela del presagio” and several essays on Lorca and Picasso.

In 1985 he moves definitely to Madrid with his family. Besides keeping exhibiting steadily, these are years of recognition: in 1989 he receives the Fine Arts Award from Madrid’s government, in 1991 the Reina Sofia Museum and La Coruna’s city hall purchase some of his works for their collections, in 1994 he is awarded the Fine Arts Medal from the Spanish government and in 1995 opens the Granell foundation in Santiago de Compostela and receives Spain’s Golden Medal of Fine Arts.

Eugenio Granell dies in Madrid in 2001. Since 1996 his Foundation has been devoted to promoting his work and his contemporaries’.

EXHIBITIONS IN OUR GALLERY