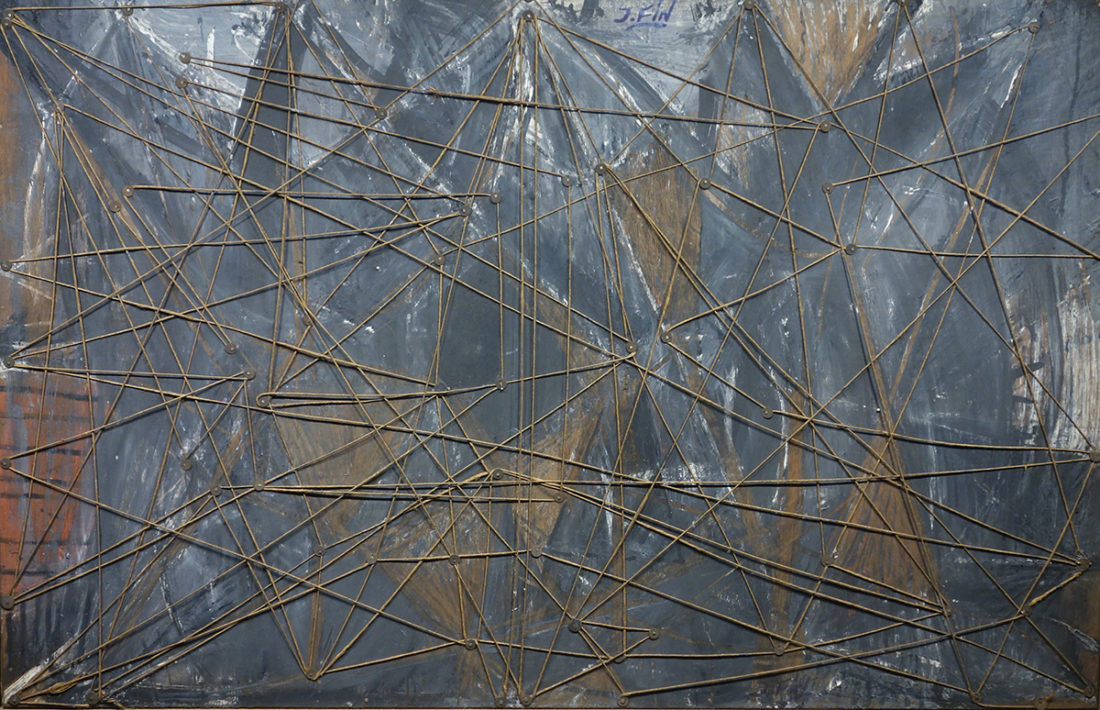 J.FIN (José Vilató Ruiz, Barcelona 1916- Paris 1969) is one of the artists linked to the avant-gardes with closer ties to our gallery. Even before the opening of Sala Dalmau in 1979, the founder of the gallery, Francesc Draper, organized an exhibition in the now closed Sala Navarro, a show that was also seen in Madrid in the also disappeared Ponce Gallery. Over the years, we have included his work in many of our shows dedicated to the historical avant-gardes and the school of Paris, as well as presenting it individually up to five times (1988, 1996, 2002, 2008 and 2017), exhibiting different periods of his career.

Bringing his work to the spotlight has been very important for us, recovering the oeuvre of great artists who, for different reasons, have remained in the background, has always been one of our priorities as a gallery, and the case of J.FIN is special: nephew of Picasso, his desire of independence rook him to Paris, where, even in times of real hardships, he refused to ask for help from his uncle or receive his artistic influence. In those years he lived in the emblematic building of La Ruche, almost uninhabitable in the 40s. These difficulties took a toll in his health and provoked his early death in 1969. 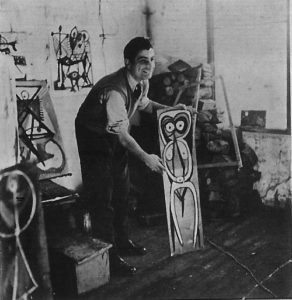 As a gallery, one of our functions is to promote the work of our artists, not only exhibiting them, but also helping their projection collaborating with different institutions. The case of FIN on this sense has been especially gratifying: in his first exhibitions with us the success in terms of general public was remarkable, but seeing the interest of several institutions on his work has been the proof that our efforts where recognized.

In 1996 we organized an event in our gallery where large painting was donated by a collector to the MACBA museum. A couple of years later, we collaborated in a retrospective exhibition of his graphic work held at the Biblioteca de Catalunya. Later on, the collection of the Caixa Catalunya bank (now merged with the BBVA bank) acquired for their fund one of his pieces. The defining moment was in 2002, where the MNCARS Museum (Museo Nacional Reina Sofia) in Madrid bought for their collection the monumental work “Abstracción”, from 1949. It was the definite demonstration of the respect of the institutions to his painting.

In 2008 we curated for the Vila Casa Foundation the retrospective “FIN a les col·leccions de Barcelona” (FIN at Barcelona’s collections), presenting works from collections of the city, most of which hadn’t been seen in years. The Foundation decided to buy a large work titled “Gran cortina” for their fund and it can be seen displayed at the Can Framis Museum. 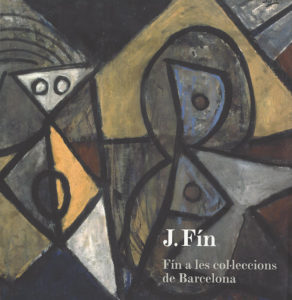 Cover of the catalogue “J.Fín a les col·leccions de Barcelona”.

Now, we see the definitive recognition of his work his native Barcelona: the MNAC museum has acquired for their collection “Abstracción I”, one of his key works of his Parisian period. The journalist Lluís Permanyer wrote about it: “(…) he presents the most pure abstraction, severe, on which he combines with great artistry the painting and also the collage: a few pushpins hold a subtle framework made of string. The result is promising: disturbs, disquiets and dazzles”. The art critic Juan Bufill commented: “(…)a composition where the strokes haven’t been painted nor drawn, but marked by strings nailed on wood, long before Tàpies”. 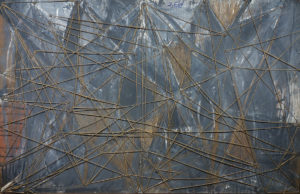 It is a pride for our gallery to see the work of an artist so loved and promoted by us gets slowly the recognition he deserves.