Works by J Fin in Paris

We present a new exhibition of J Fin in our gallery. Like in previous occasions, we have focused on the works by J Fin in Paris, his time of artistic maturity and where he fully develops his career. Many of the works we have included in this exhibition belong to private collections and have not been exhibited in decades, so it’s an exceptional chance to look at his work again.

The exhibition begins with the arrival of J Fin to Paris in 1946, when he settles at the emblematic building of La Ruche, that welcomed at the beginning of the 20th century artists such as Modigliano, Léger or Chagall. Fín would find it decrepit and there he will live in harsh conditions. His work will be bleak, somber, and done with humble materials as they where the only ones he could afford. Collage and mixed media will be his most typical techniques of this years.

As time goes on, his painting evolves, he returns to a gestural figuration that’s keeps going more personal leading, by the 1960s, to works full of poetry and color, where elements such as birds, musical instruments, fishes and human figure will flood his canvases and gouaches.

The key piece of the exhibition is one of the most relevant works by J Fin in Paris, it’s “Composition with birds, fishes, chairs and musical instruments”, from 1965. It summarizes the latest years of his career. It’s a large-scale work, 150 x 325 cm, that the artist did in 1965 and it, Fin transmits the violence typical of his paintings of that time. It’s a brave work that features all the elements that where so close to him: the birds, the fishes, the musical instruments….and above all, that powerful and brilliant color that characterizes Fín. It’s a painting that reflects his more mature painting.

The works by J Fin in Paris are among the most interesting of his generation, and in later years museums and institutions such as the MNCARS, the MNAC or the Vila Casas Foundation have acquired pieces from that period for their collections.

Our exhibition of works by J Fin in Paris can be visited until June 30th. 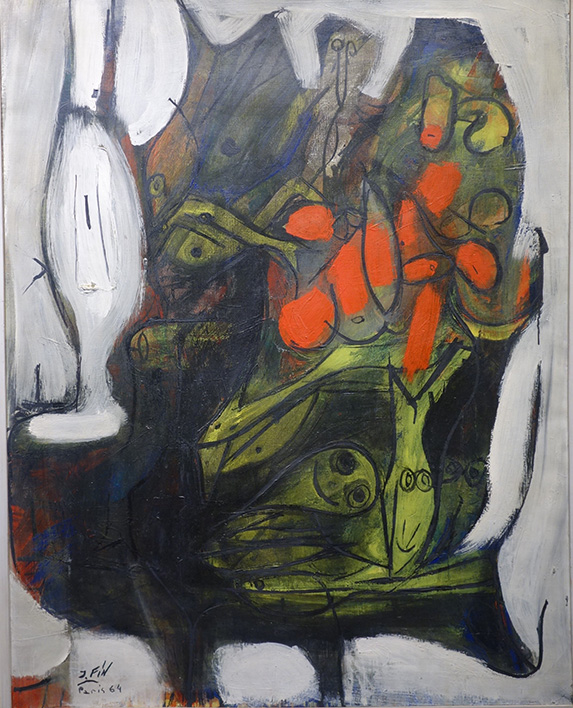 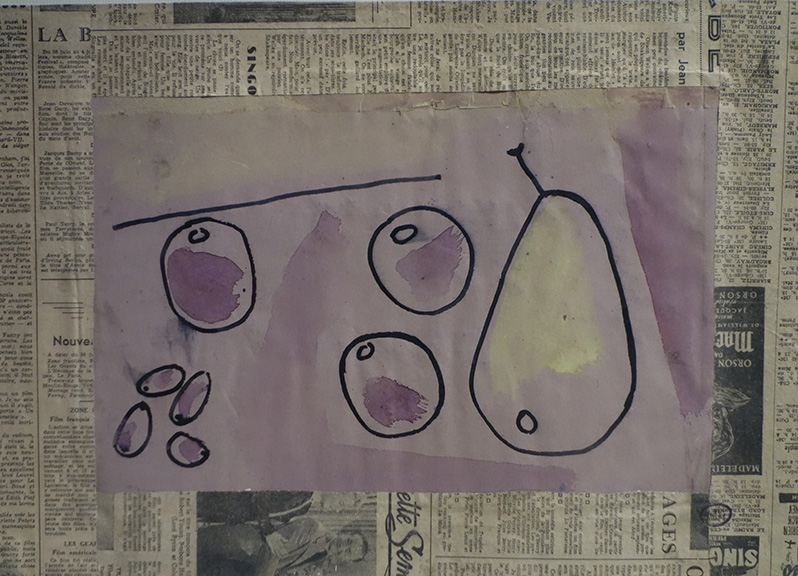 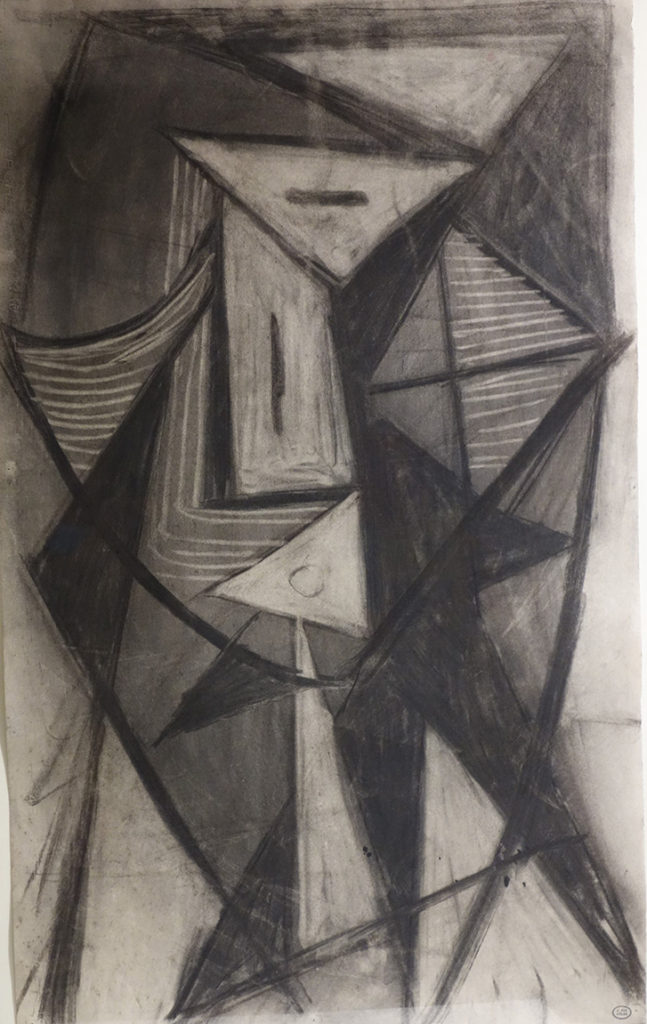 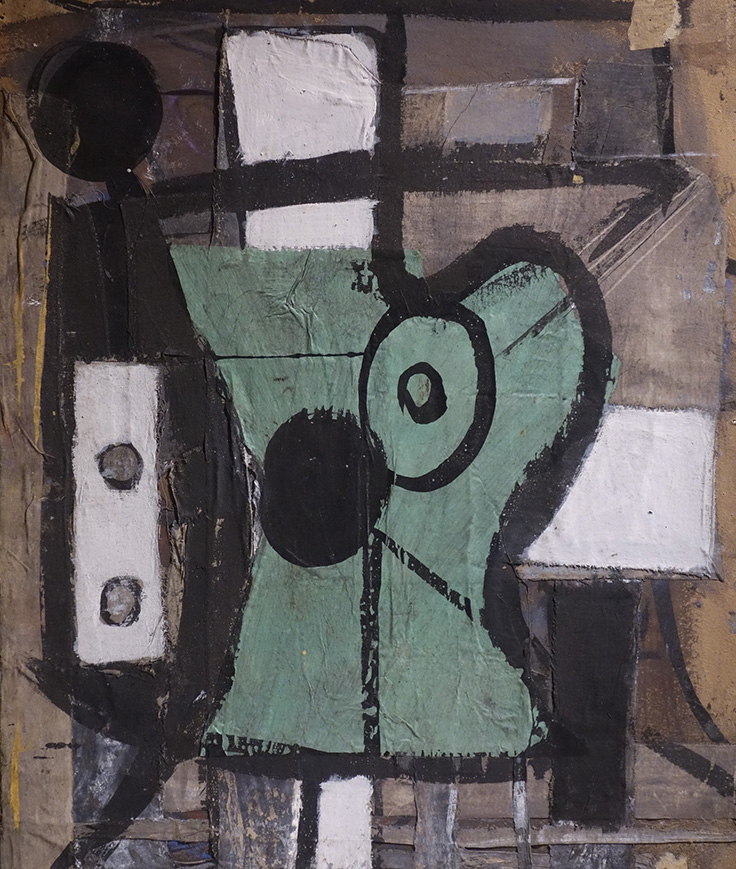 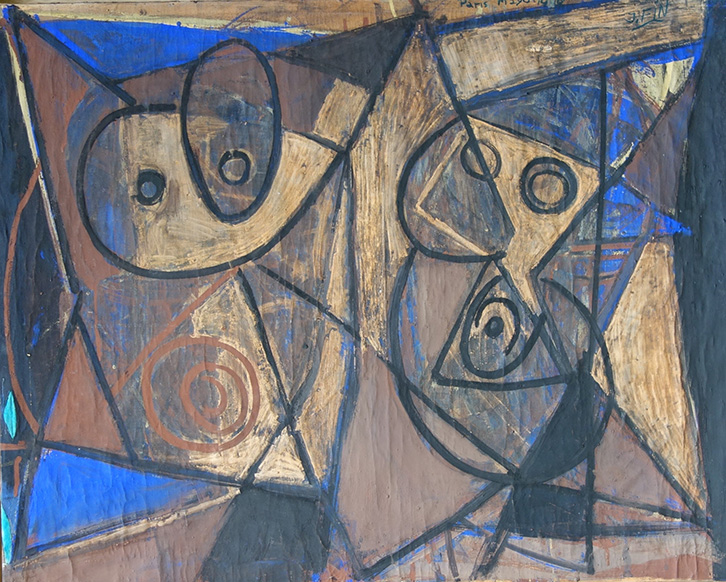 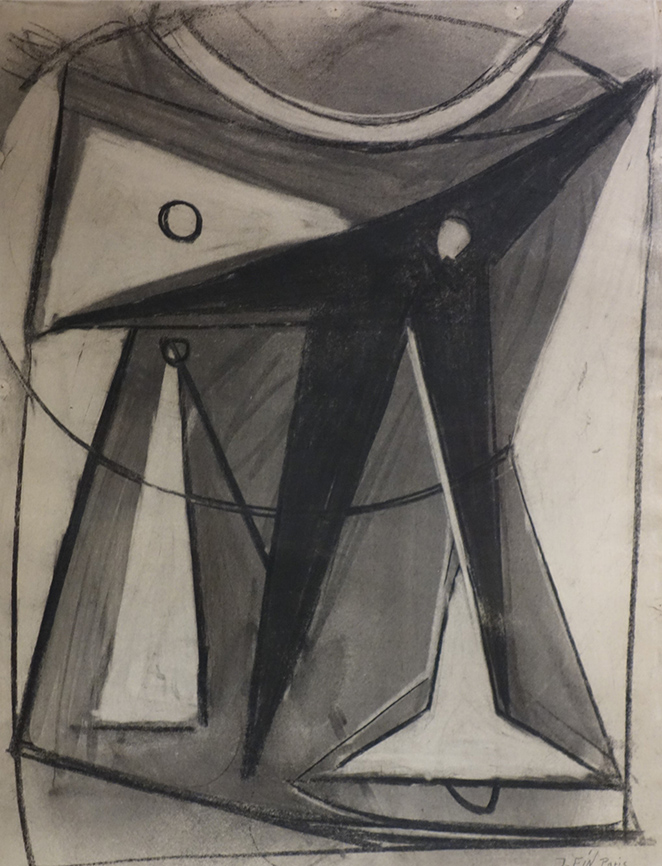 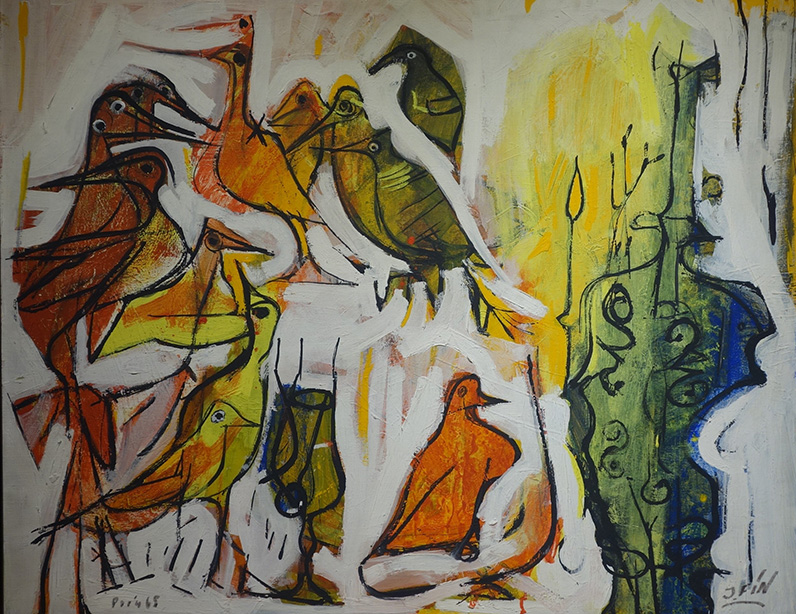 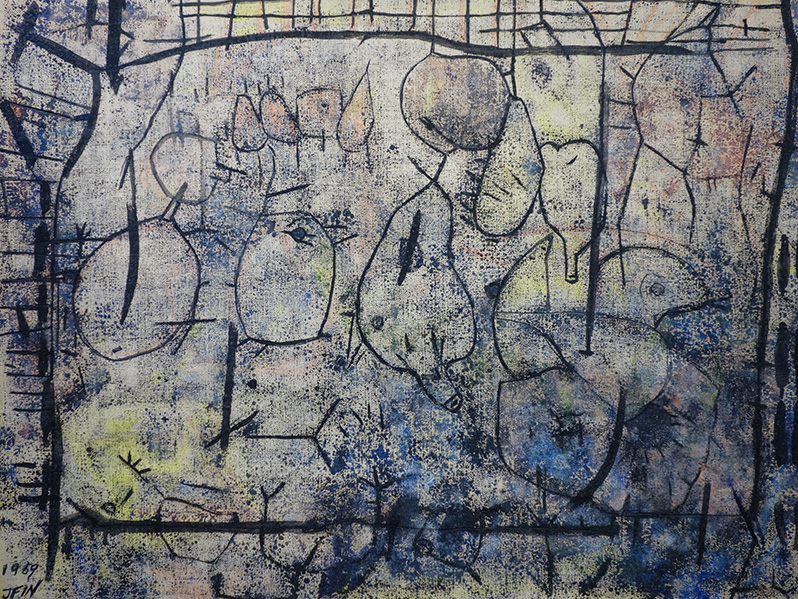 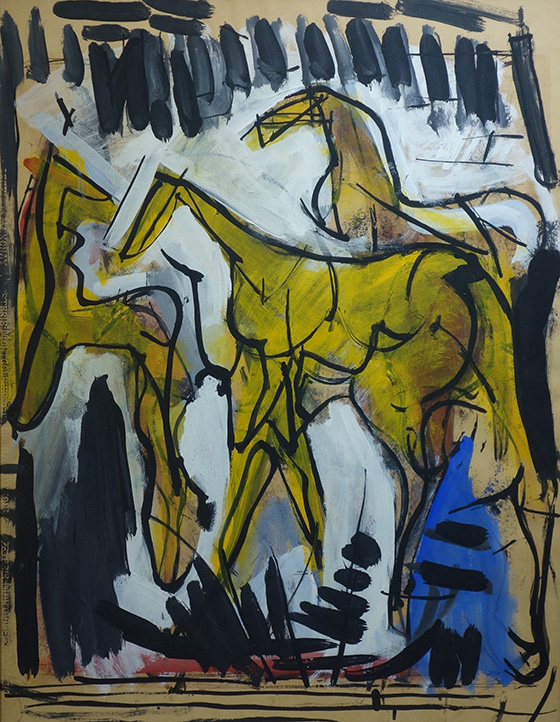 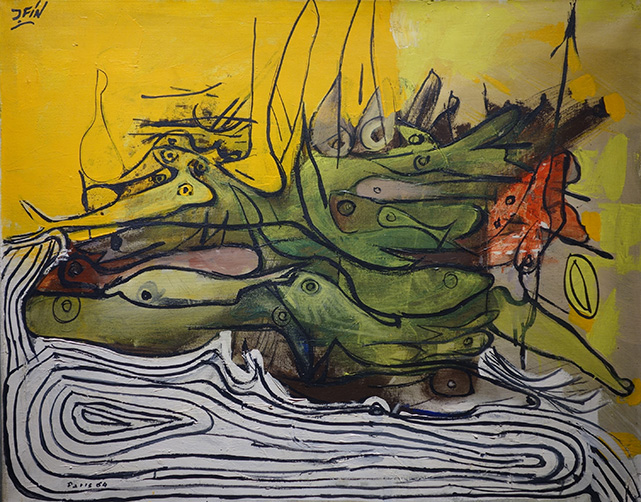