If you are looking for art shows in Barcelona, you should visit us. With the title “Aire de Vidrio” (Air of glass), we present the first exhibition of Miguel Villarino (Zamora, 1959) in our gallery, a selection of oils and acrylics on canvas that cover the last fifteen years of his work.

Formed in the School of Applied Arts of Madrid and the National School of Graphic Arts, Villarino is a painter and engraver of long trajectory, with work present in museums such as the Reina Sofia in Madrid and awards such as the BMW of painting, who surprisingly has never presented his work in a gallery of Barcelona.

Miguel works on series, on which despite their diversity, the human being always laies behind in one form or another: its attitude towards life, its loneliness, its communication (or lack of it) with its environment. It is a work clearly existentialist, that doesn’t remain on the surface it deepens in the core of the being.  Villarino presents his work as a mirror in front of which the viewer has to find its own sense, he only gives clues, and it’s the public who has to find the individual sense of every painting.

Even if we haven’t included his work as engraver in this exhibition, his looseness as draughtsman and his steady and secure stroke are the result of his control of the graphic arts. Color has a key role in his painting: it’s possible that black covers all the composition almost completely, but it’s also possible that the canvas remains almost white, with just a few touches of color marking the composition.

Over time, Villarino has eliminated everything that he feels is superfluous so he can just keep the symbols that identify him and help him to translate his message. The compositions lie on touches of color reminiscent of Torres-Garcia, over the, he puts his personal universe, that has evolved through the years, removing any unnecessary elements, to left only what he considers essential. 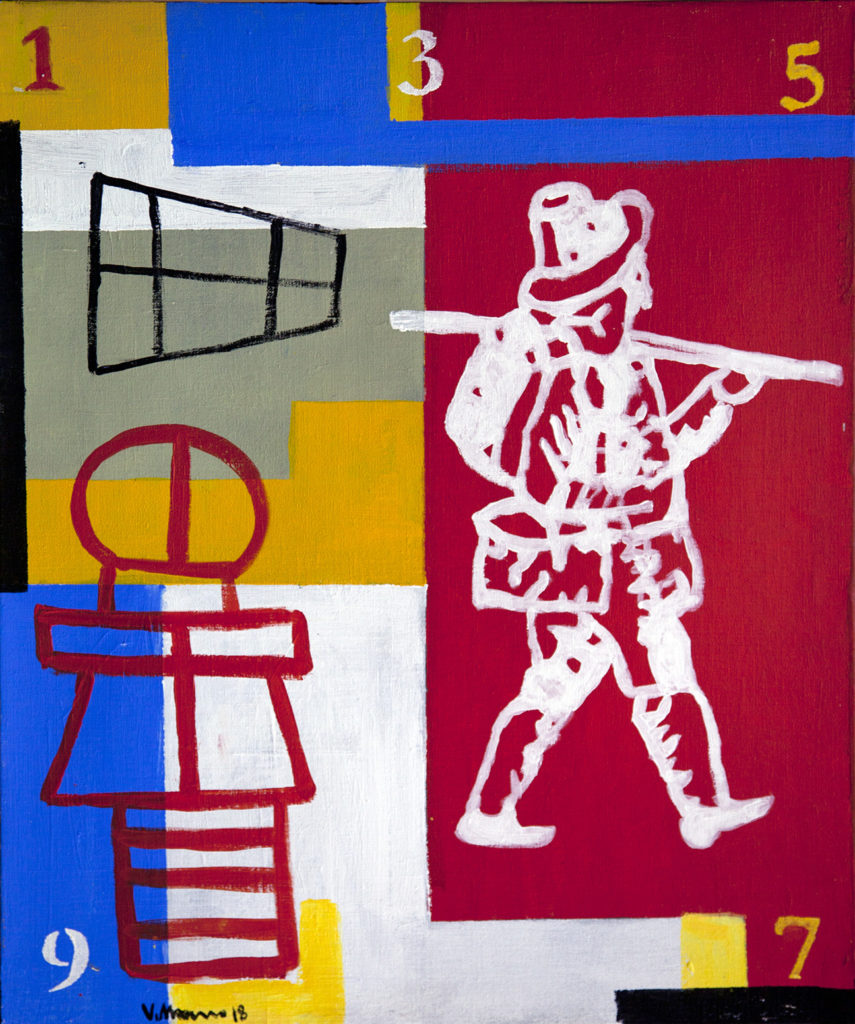 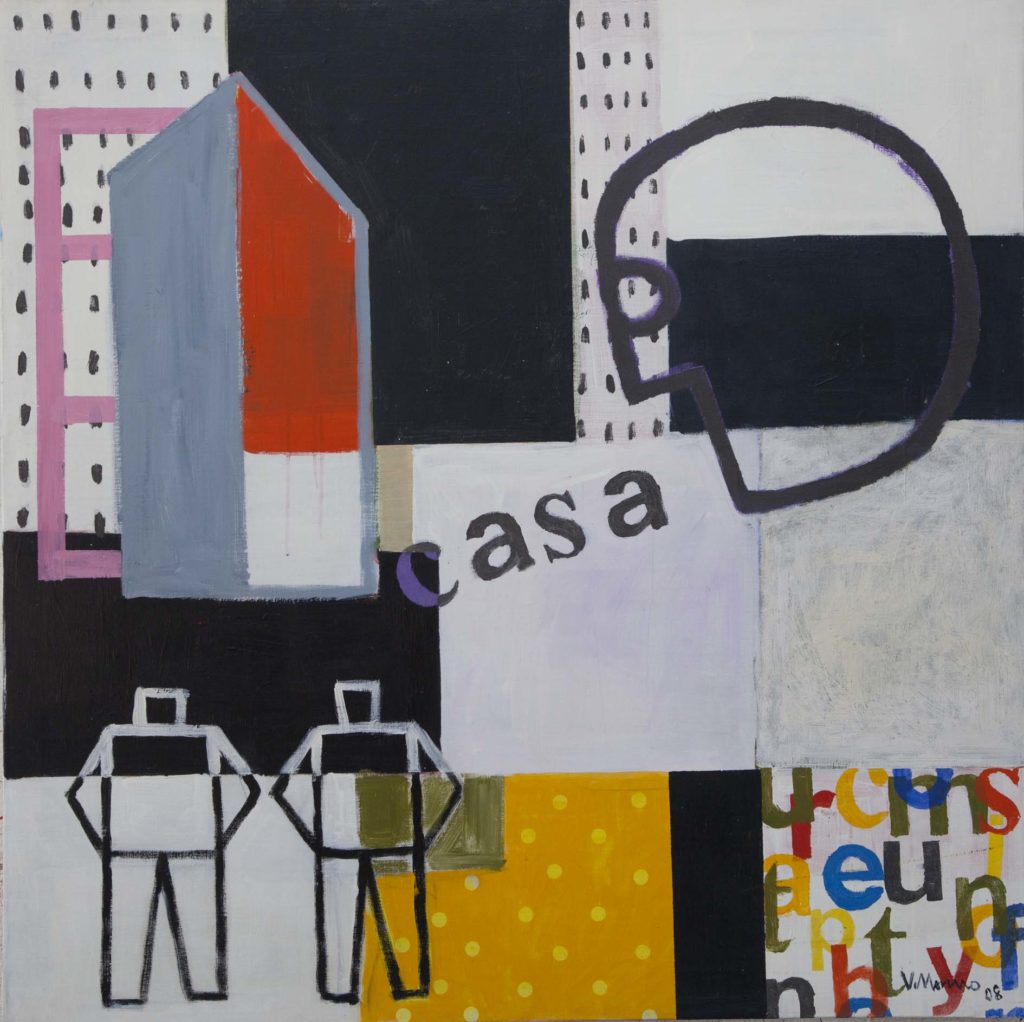 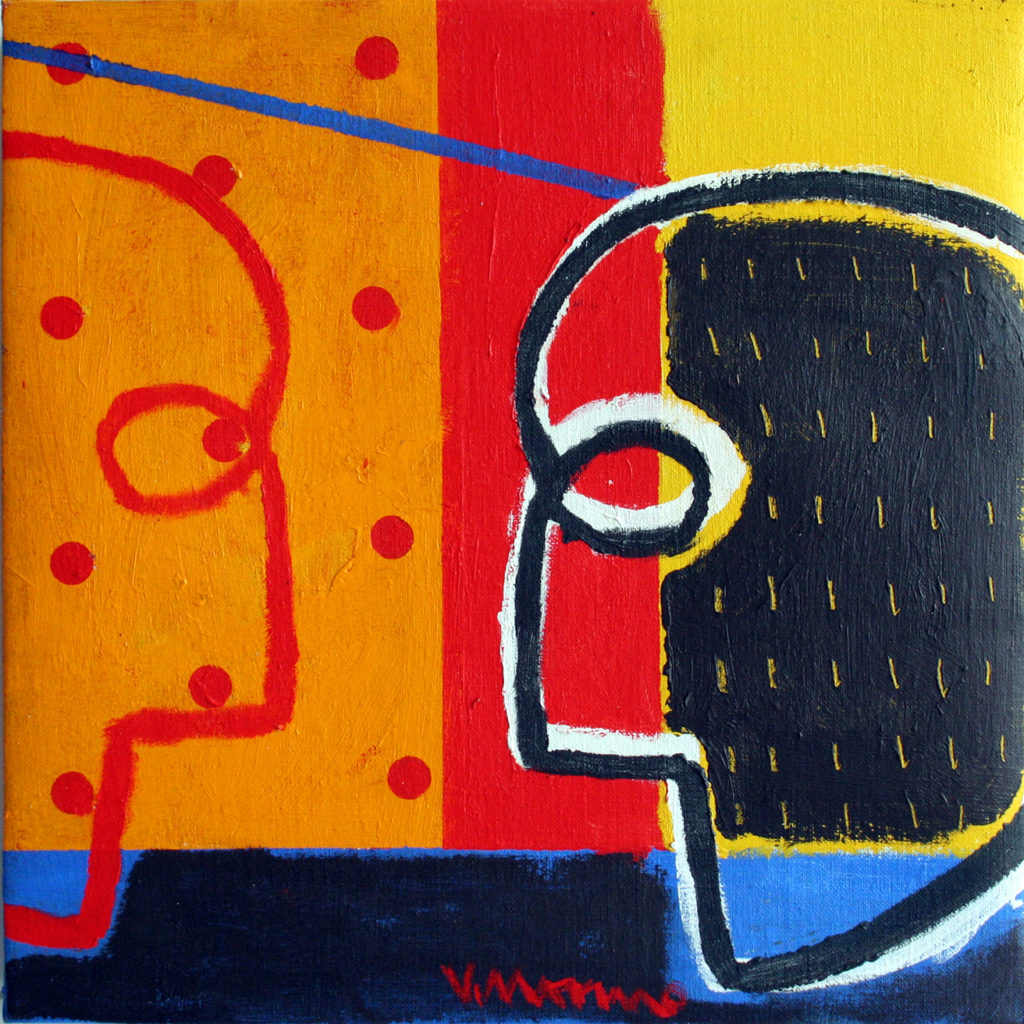 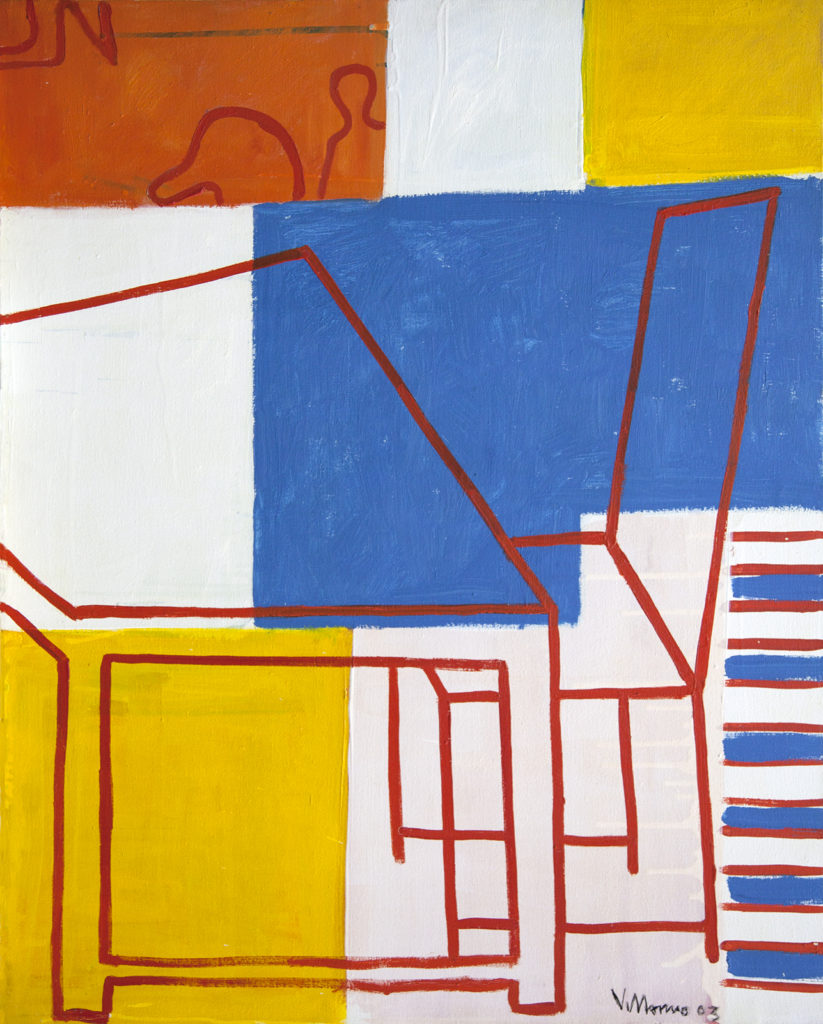 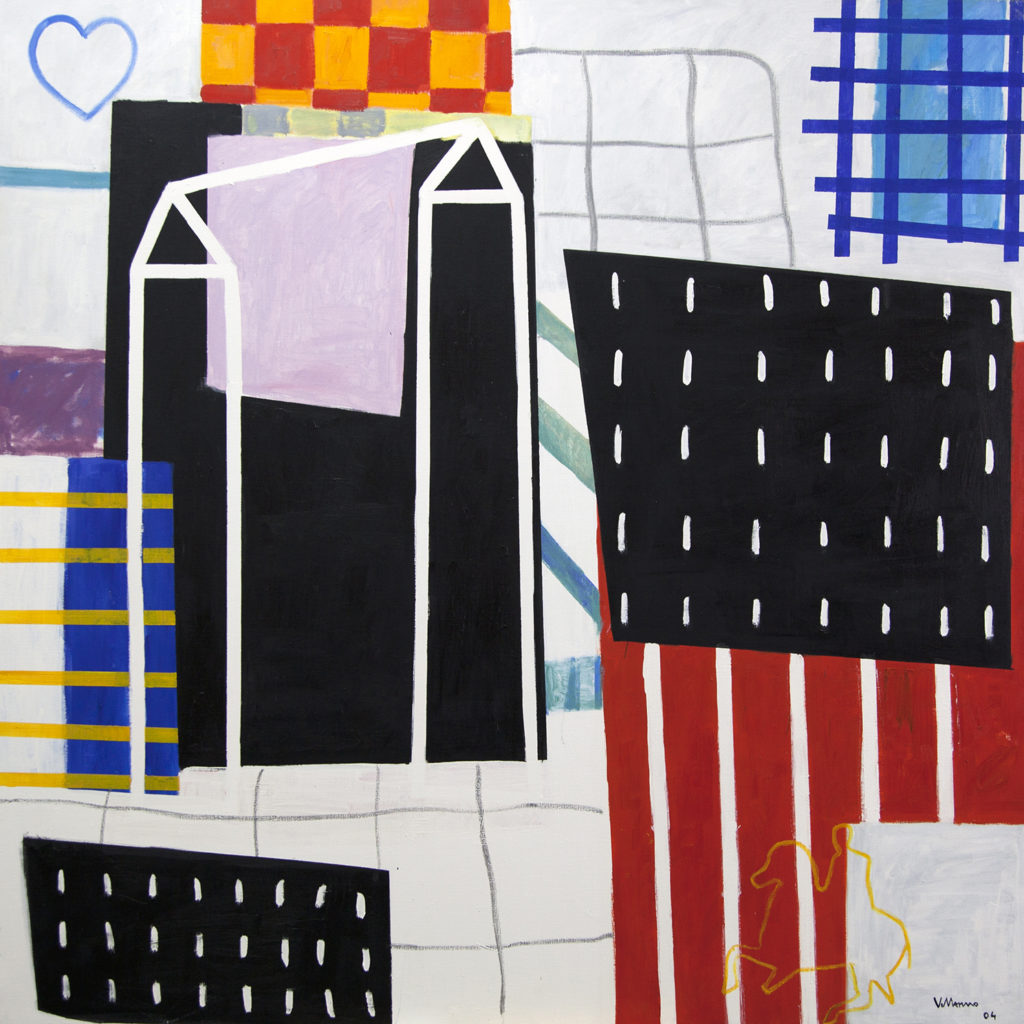