We present a new exhibition of Josep Maria Garcia-Llort in our gallery.

It’s a very special show, as the bulk of the works have never been seen in Barcelona as they are from his American period. In the decade of the 50s, Garcia-Llort and his wife, the also artist  Martha Crockett, left Paris, the city where they had met, to live in the USA, in Pineville, Louisiana.

When they settled there, the work of Garcia-Llort already had some of his personal traits, his storytelling was in his paintings, and by then he begun his personal vision of the animal world, but the change the life change from the cosmopolitan Paris to a hut in Pineville was of great relevance in his life as in his oeuvre.

The couple enjoyed a frugal lifestyle in hut near a swamps area inhabited by alligators that they explored by boat, something unthinkable for an artist born in Barcelona. This environment had a deep impact on him, especially in everything regarding his bestiary, the will be expanded with all king of exotic birds and animals such as the opossum, that will populate his works from them on.

During these years he will show his work in several cities of Louisiana, but he will also visit New York, where he will present his works several times. In his exhibition at Collector’s gallery, situated close to the MOMA, one of the featured works was “Possessed nun”, one of his first ironic paintings on religion and it created great impact.

To complete the show we have added a few works from other moments of his career, like “My street”, painting with an almost naïf touch that he presented at the October Salon of Barcelona in 1949, or “Flowers”, from the early 60’s once he has moved back to Barcelona. 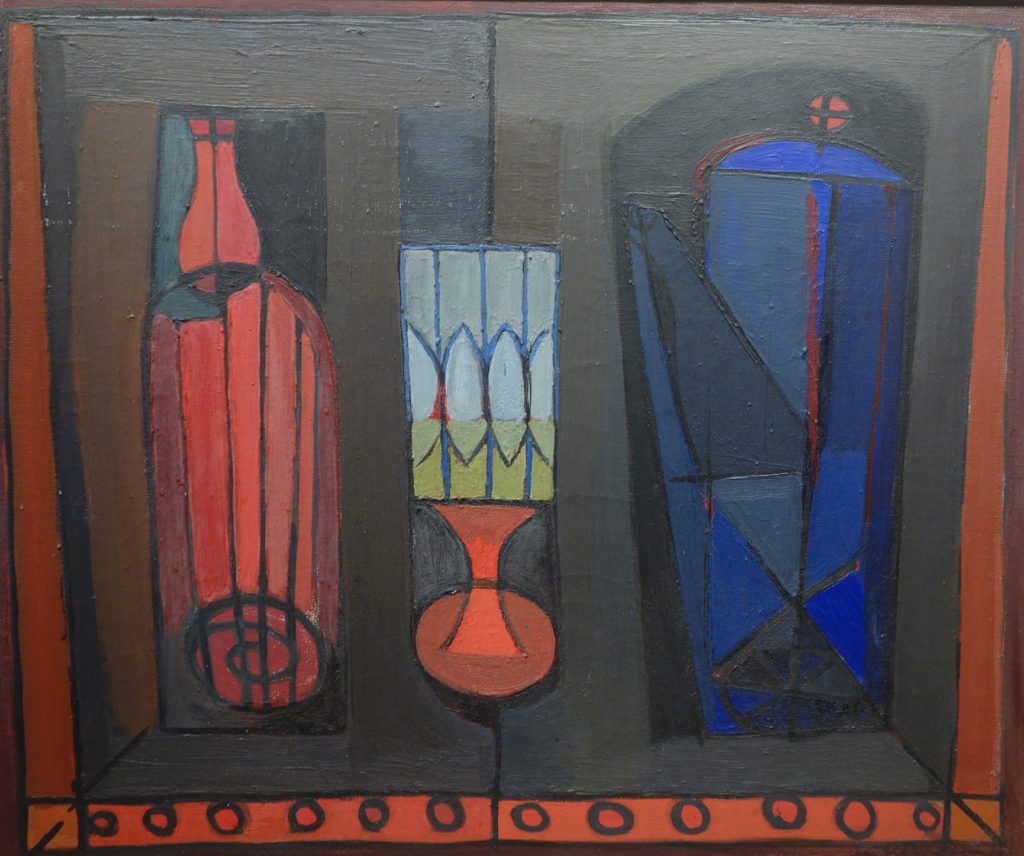 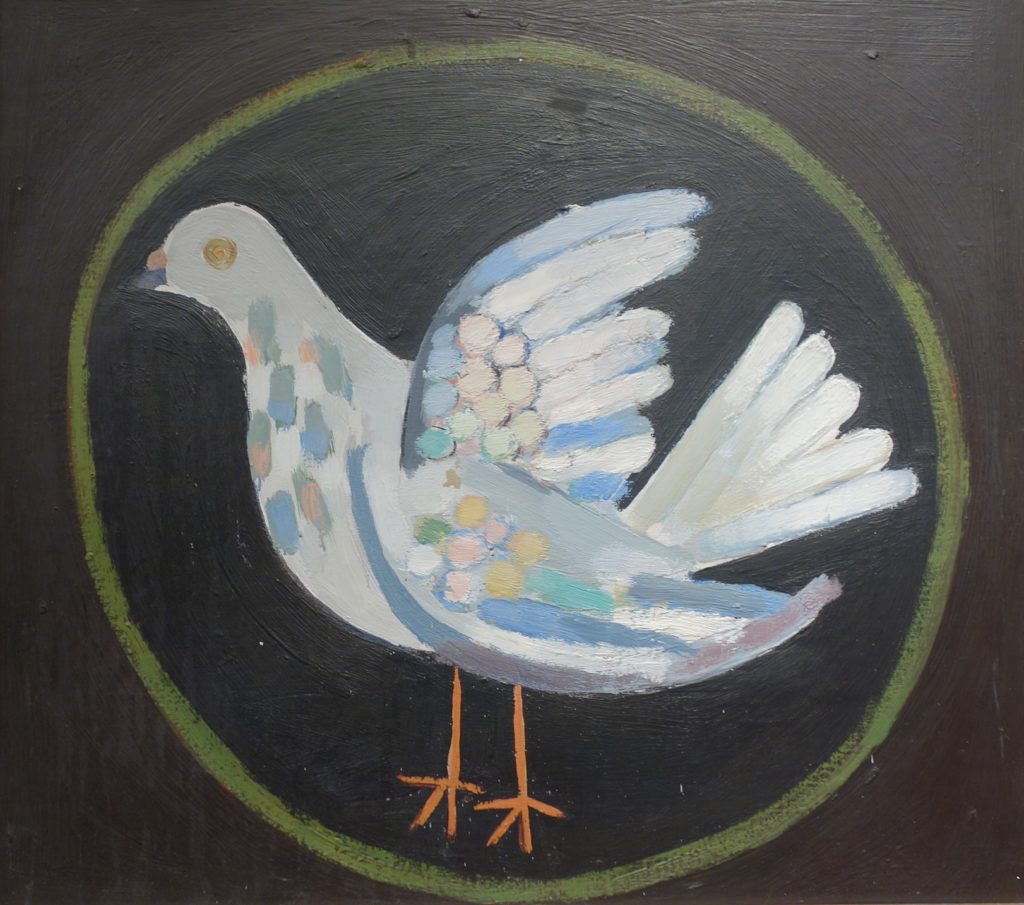 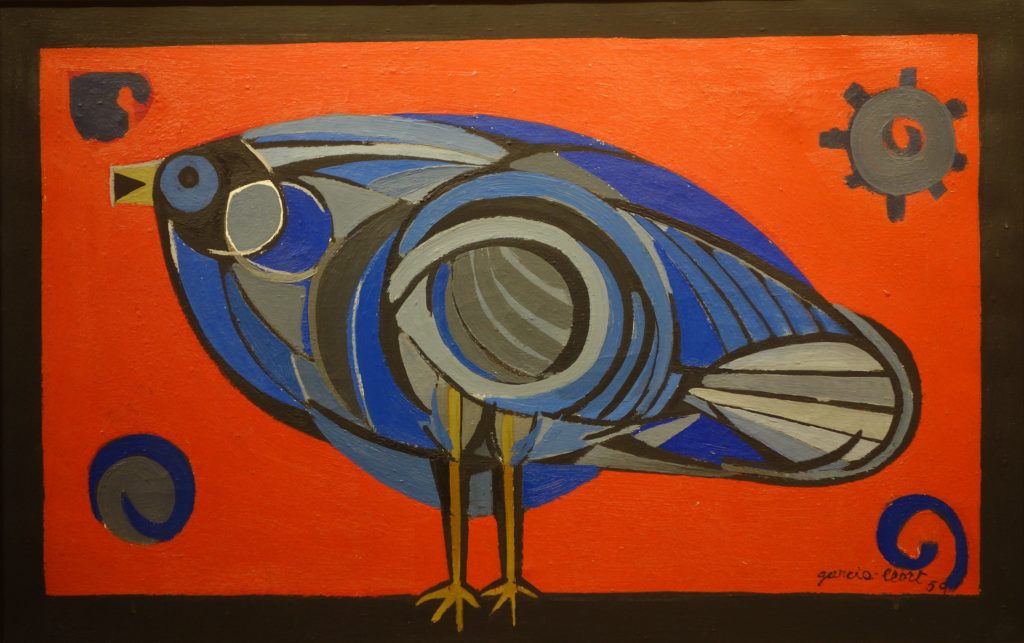 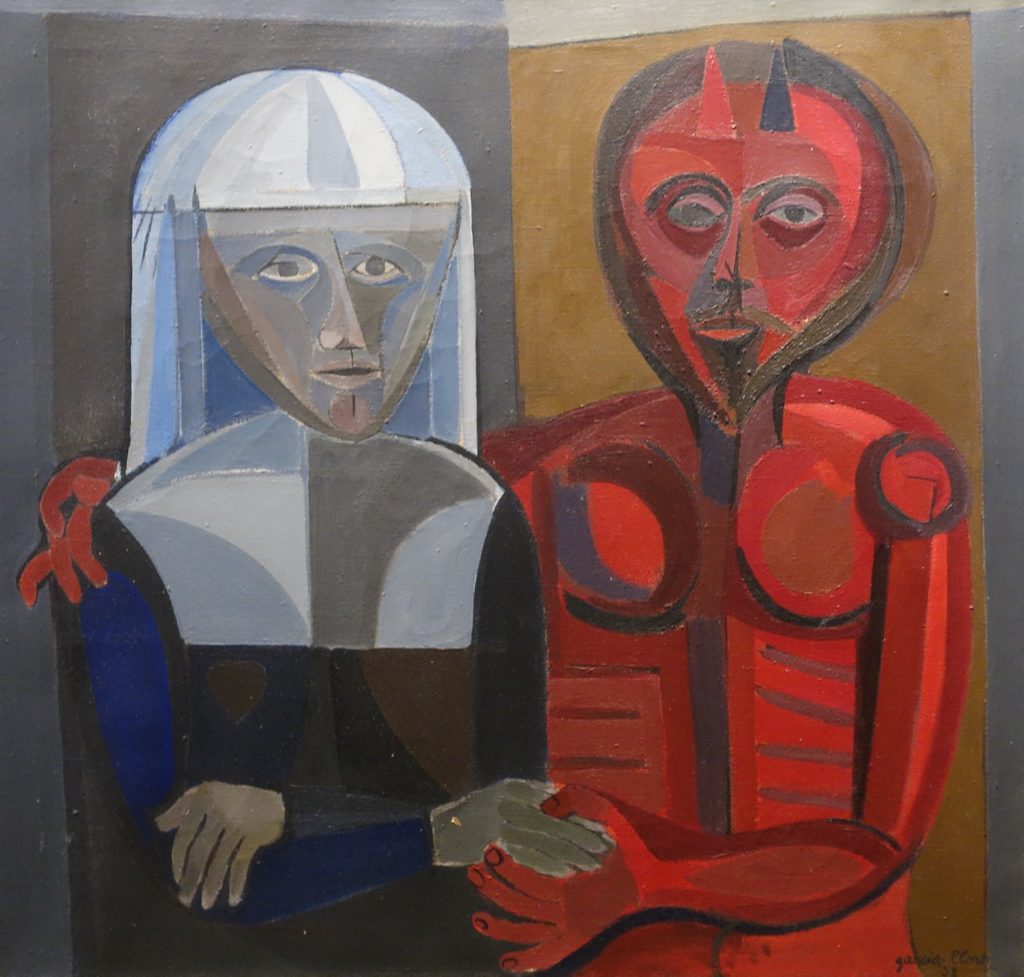 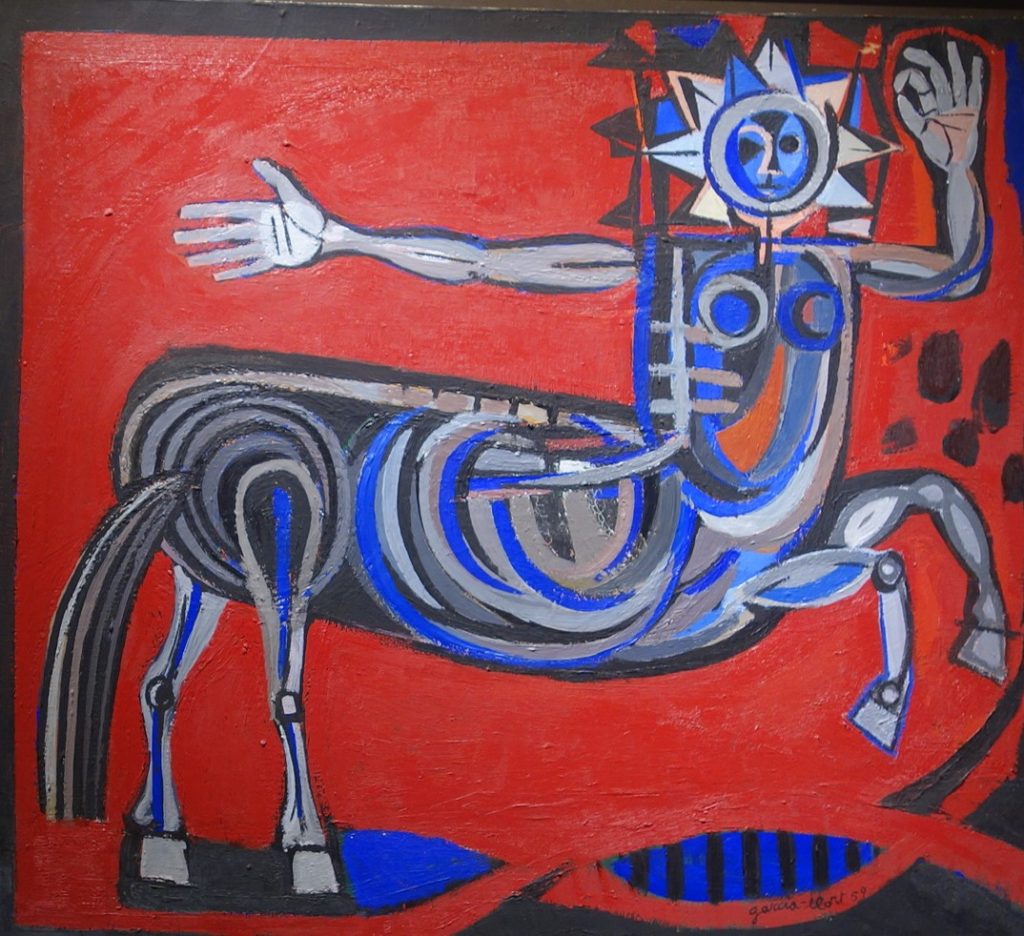 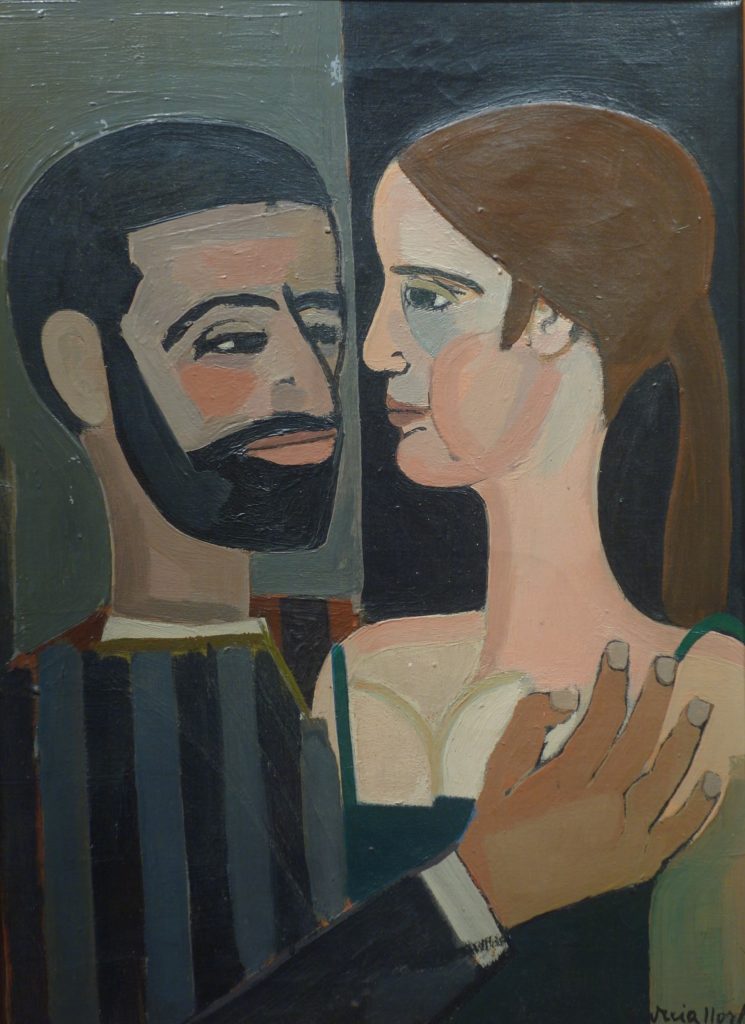