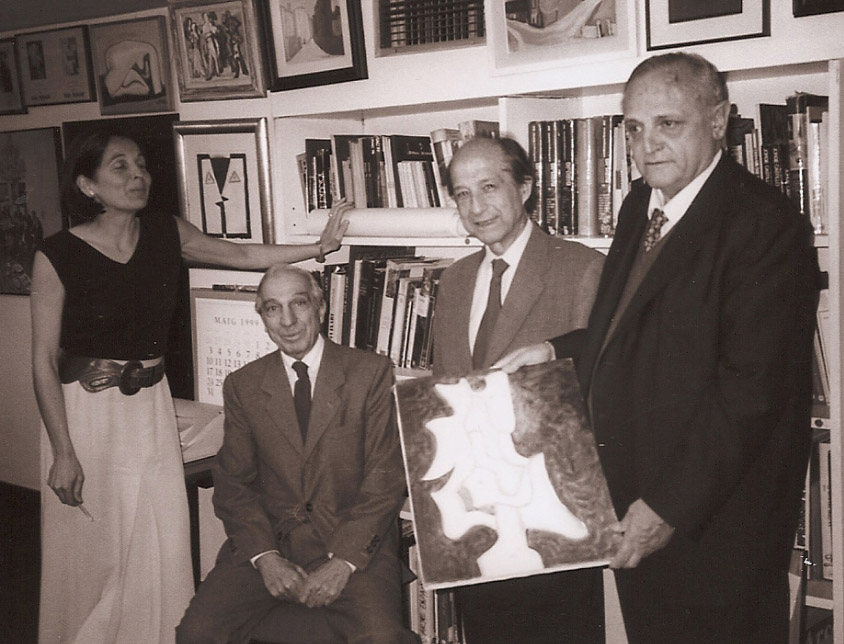 This November marks the centenary of the birth of Javier Vilató, painter of the gallery, brother of J.Fin and Picasso’s nephew.

Vilató’s youth years are marked by the Spanish Civil War. Called up by the army, he finally escapes to France with his brother, where they are sent to a refugee’s camp until his uncle intercedes and manages to get them out. Both brothers remain in Paris until the beginning of the Second World War, when they move back to Barcelona.

Back in his hometown, Vilató begins an important exhibition activity alongside Alberto Fabra, Pierrete Gargallo and his brother that supposes a revolution in Barcelona’s boring artistic panorama.

His vocation is fully confirmed when the French government awards him a grant that will make him settle in Paris for good, there he will develop the bulk of his artistic career. He will have a very close relation with his uncle, Pablo Picasso, with whom, besides going on holidays together, he will have the rare privilege of doing a painting together.

In the decade of the 1950s Vilató explores one of his great passions, graphic arts. Although he had already began working on engravings in Barcelona, it is in France where he will learn all the details of the technique, up to point of, in 1960, being appointed member of the Societé des Peintres Graveurs Français. 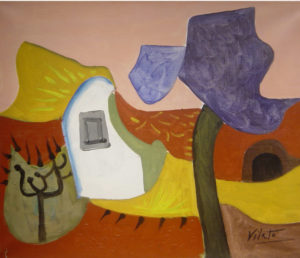 His work keeps consolidating internationally during the decades of the 1970s and 1980s with exhibition, besides all France, in Switzerland, England, Mexico or Spain. It’s in the 1980s when we begin our relationship with Vilató: our gallery wanted to present the work of his brother J.Fïn, who passed in 1969, and he collaborated with us from the beginning, happy to return to Barcelona and help to make his work known.

Slowly we begin to include Vilató’s work in our exhibitions dedicated to the School of Paris, until we decided to present a complete retrospective of his career, that included works he had done when he was only 16 and that VIlató, who had not seen in decades, rediscovered with great emotion. It was his first solo show in Barcelona in 35 years. 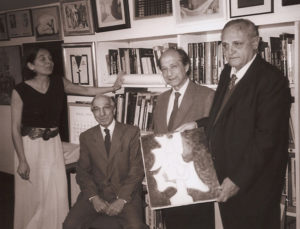 His retrospective in the gallery was a success among critics and public alike, his return to his hometown filled him with happiness and he could enjoy a repercussion the exceeded his expectations. A few months later he died in Paris, happy with the of a major institutional exhibition in Barcelona. 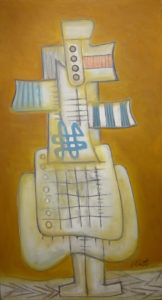 In the centenary of the birth of Javier Vilató, the Casa Natal de Picasso Museum in Malaga presents the show “100 obras para un Centenario” (100 works for a centenary) and in Barcelona, the Picasso Museum opens the room “Dibuixos del telèfon” (Telephone drawings) dedicated to the artist.