We present a new exhibition of Victor Pedra in our gallery.

20 years ago, Pedra decided to move away from Barcelona. He left his job as art teacher and settled in a small village of 10 people near the Pyrenees. The space he had there and the quietness and simplicity that country life offered him, where irresistible reasons to move. With a masia (a large Catalan country house) that allowed him to store his sculptures, Pedra keeps working on his personal universe full of characters, something in contrast with his current life, quiet and lonely.

Living in the countryside has opened lots of possibilities, Pedra has incorporated to his work any object he can find: a wheel from a cart, an old bicycle wheel or the gear shift from a tractor, anything can be the base of a new sculpture, that now look like old rusty objects to which he suddenly adds a touch of color. Nowadays, a drum of water can be used as physical support for a painting.

Pedra sees in his work influence of Surrealism, as what he depicts doesn’t have to be at its natural medium, or from cubism, because of the small deformations he uses. His themes are always mundane:  something from his daily life, such as watering the plants, go for a walk alongside the horses or something as simple as a small fish can become the center of the composition.

Over the years, Pedra has not been a painter and sculptor: he has collaborated with the publishing house Plaza y Janés on a limited edition of the works of Isabel Allende, he has designed jewels in collaboration with the sculptor Josep Vilalta-Tor, has illustrated boxes for a range of products for the food company Torrons Alemany and has even been given a Laus award for designing the labels of Vins de Pedra, the family cellar. 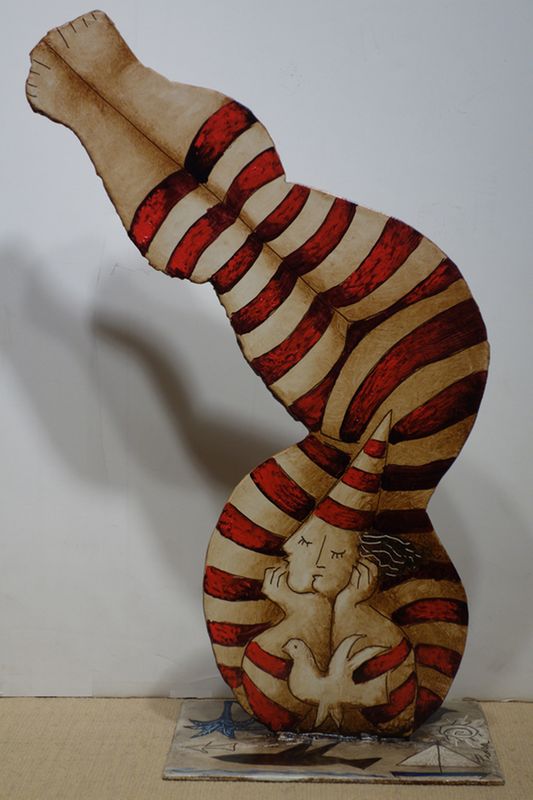 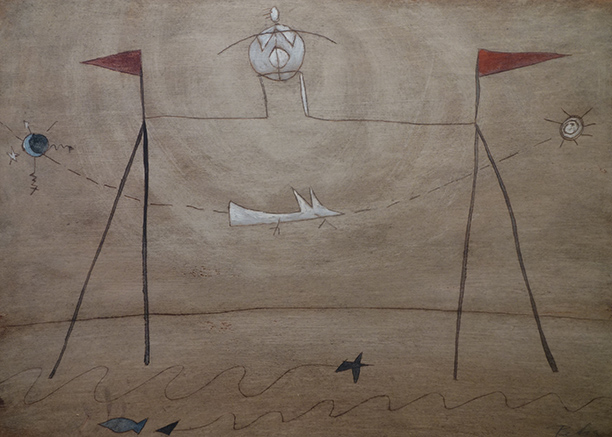 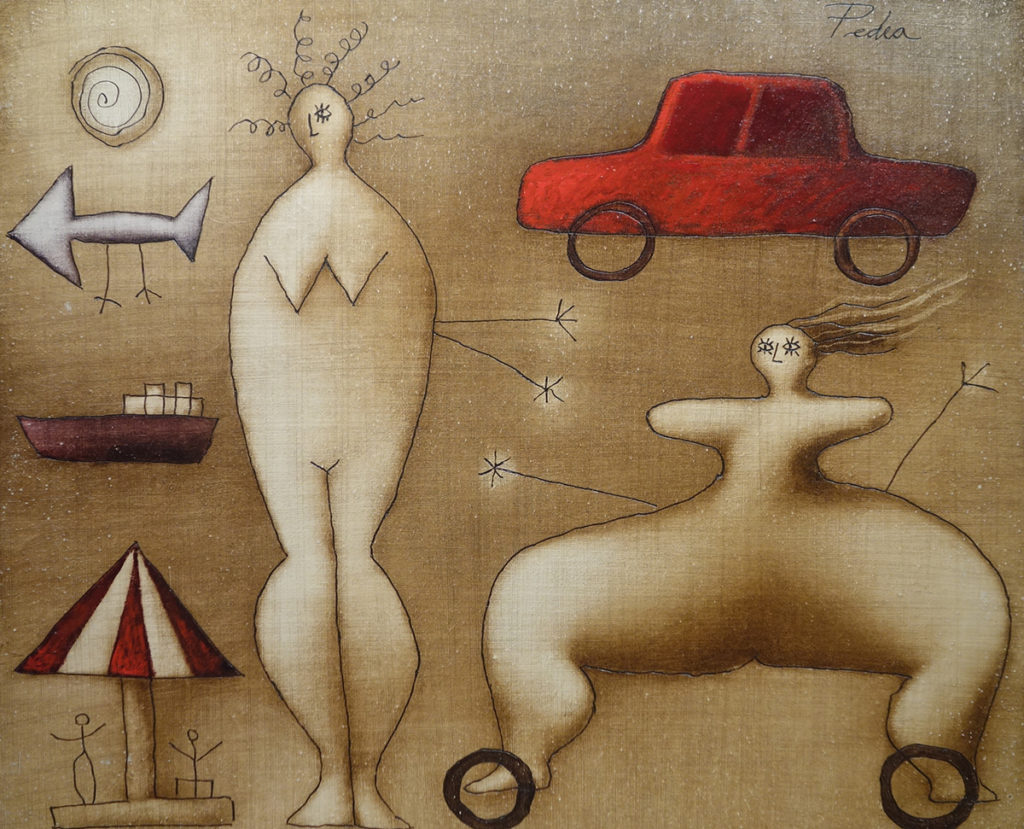 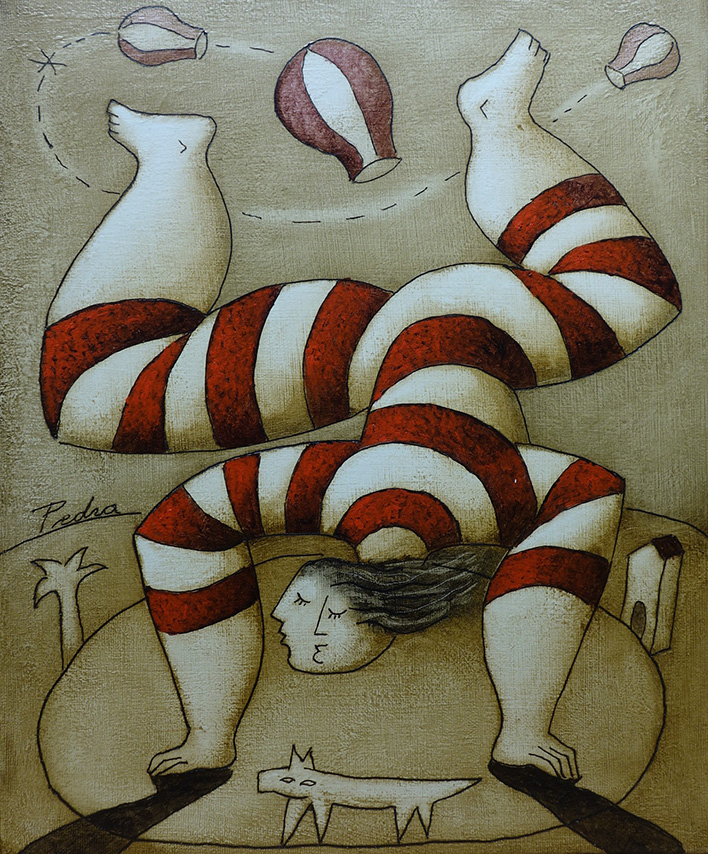 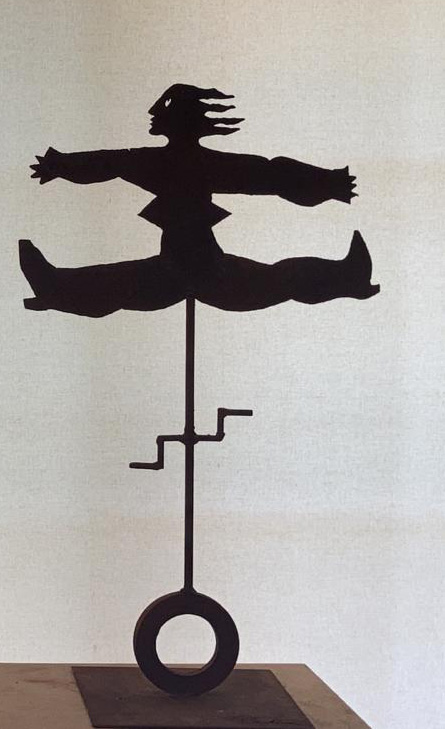 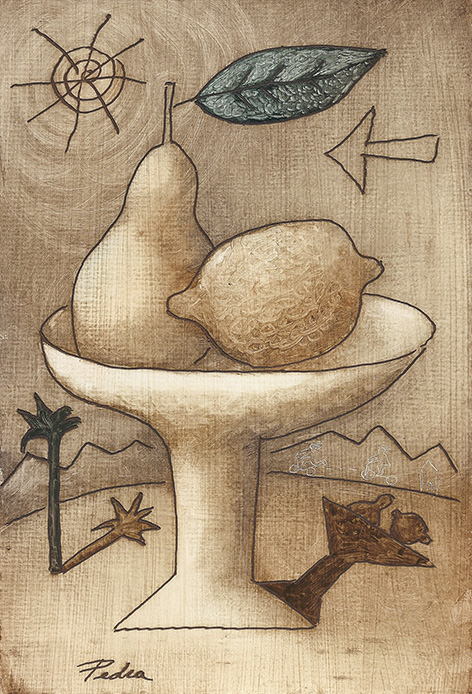