We present the first exhibition of José Luis Zumeta (Usúrbil, Guipúzcoa, 1939) in our gallery. Zumeta is one of the key figures of the post-civil war Basque painting and his presence was a violent burst of fresh air in the dark years after the Spanish Civil War.

Formed in the Escuela de Artes y Oficios in San Sebastian and the  Asociación de Artistas de Guipuzkoa, at the age of 19 he wonthe gold medal at the

Tired of the isolationism of the Franco regime, his restless spirit makes move to Paris in 1959. The French capital was still a reference for contemporary art and being there allows him to know the international avant-gardes, showing interest in the work of Chagall, Picasso or Pollock, and especially in the COBRA group whom will be a decisive influence in his work.

A year later he returns to the Basque Country and settles in Hondarribia, where he begins to work in sculpture. During 1962 and 1963 he will live between Stockholm and London, where he continues his international education.

Back in Euskadi again, he becomes a founder member of the GAUR group, formed by a bunch of friends, like Jorge Oteiza or Eduardo Chillida. GAUR will become an international reference of the Basque art activity of that time.

In the decade of the 70s, he will combine teaching in Ikastolas (Basque schools) and an intense exhibition activity. Besides, he will do several works for public spaces such as his mural in Usurbil or open air sculptures in Zarautz or San Sebastian.

In the current exhibition we have focused in the work he has been doing in his later years, paintings of a powerful gesture and a rotund chromatism that synthesize a career close to expressionism. As is typical in his work, color is the center of the composition, as he puts it: “the beginning is emotional, and it is color who indicates me how to proceed, add or remove. Believe without color is very difficult for me. To feel, to believe…for me it’s the same”. 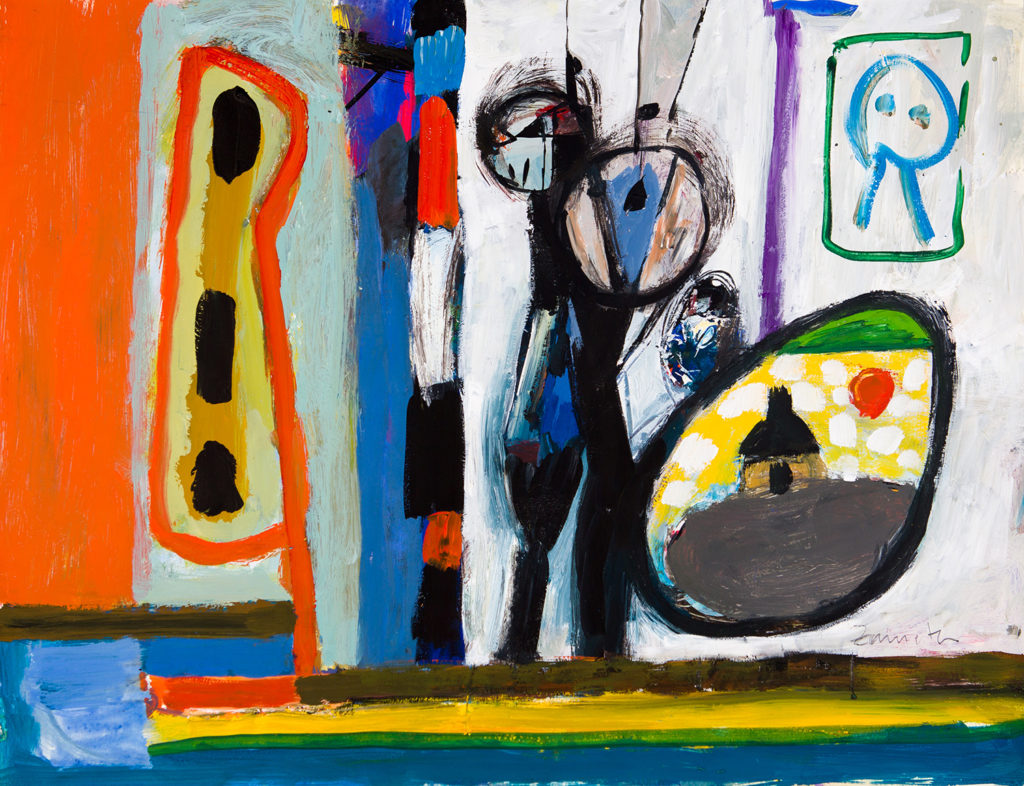 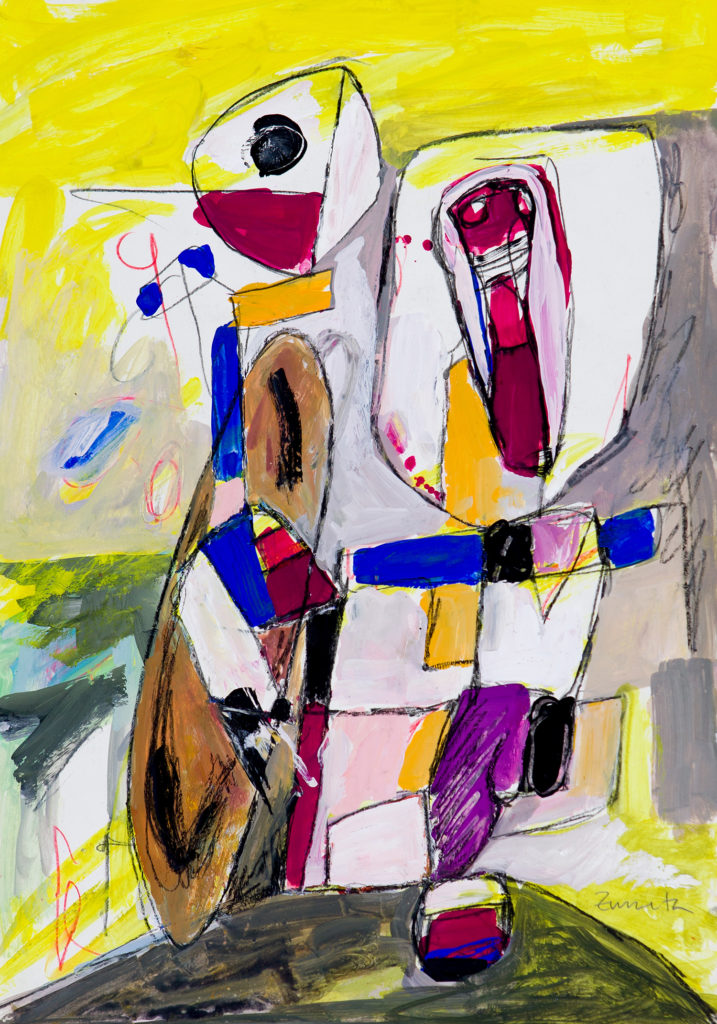 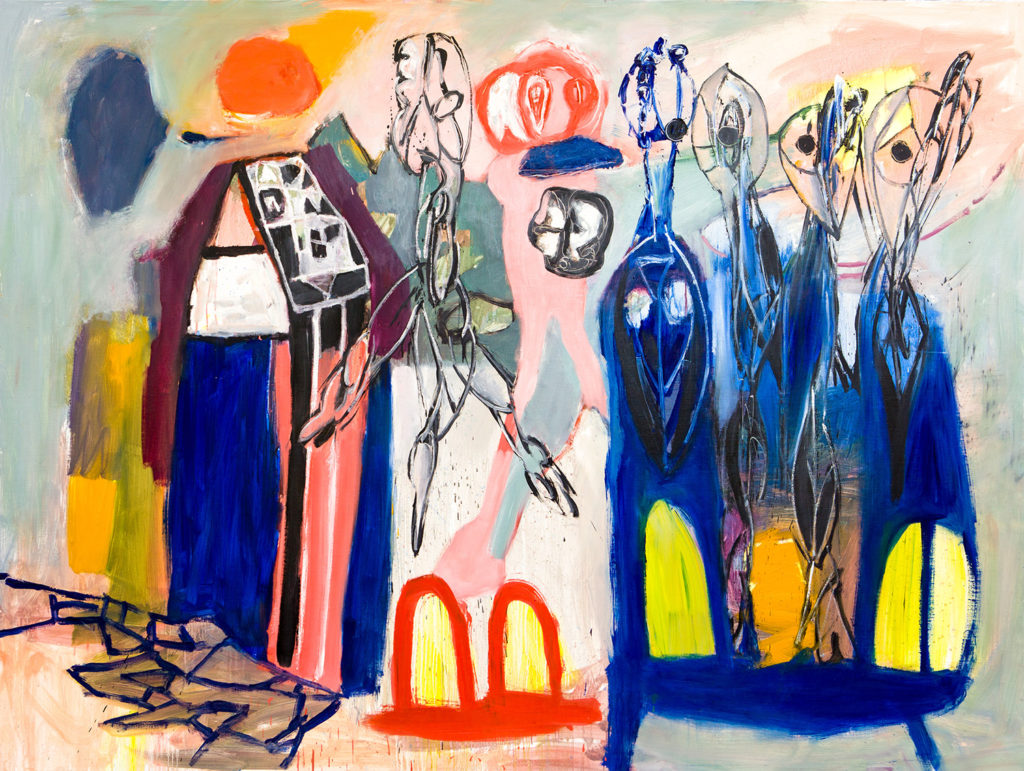 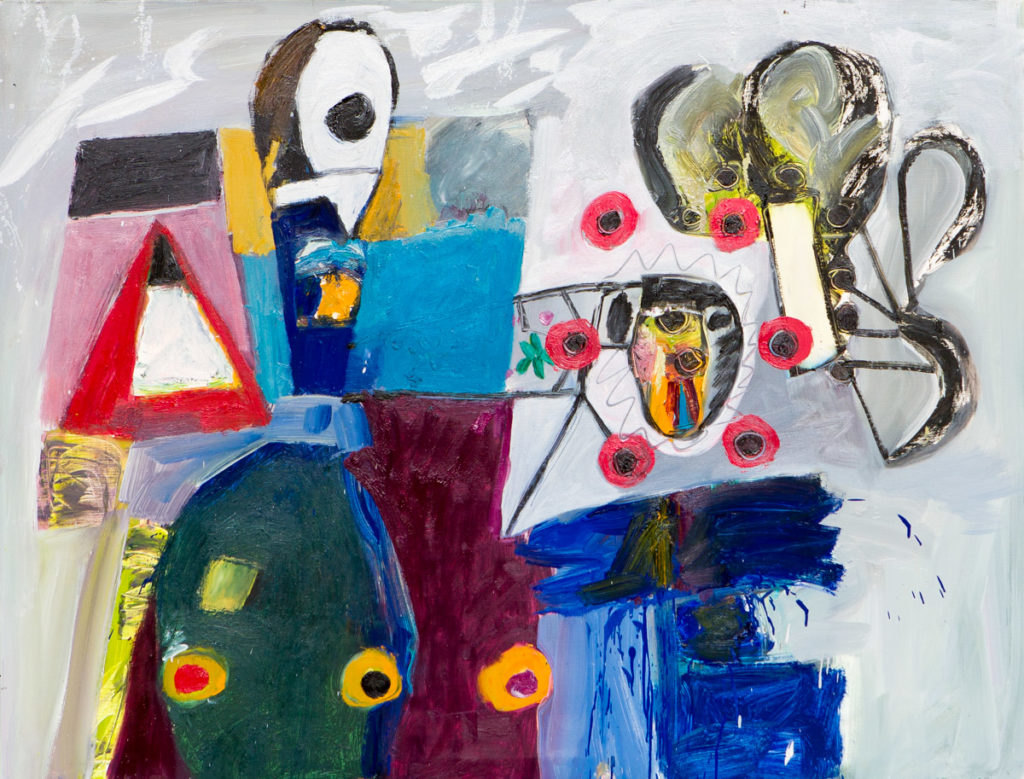 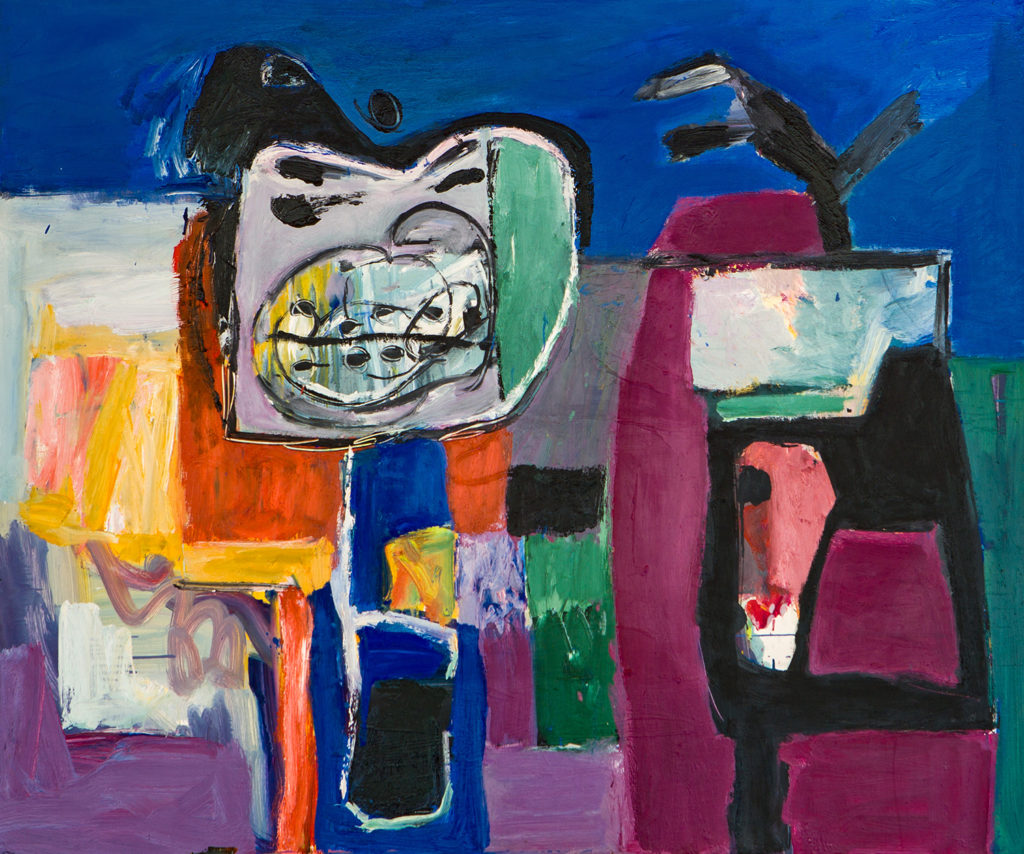 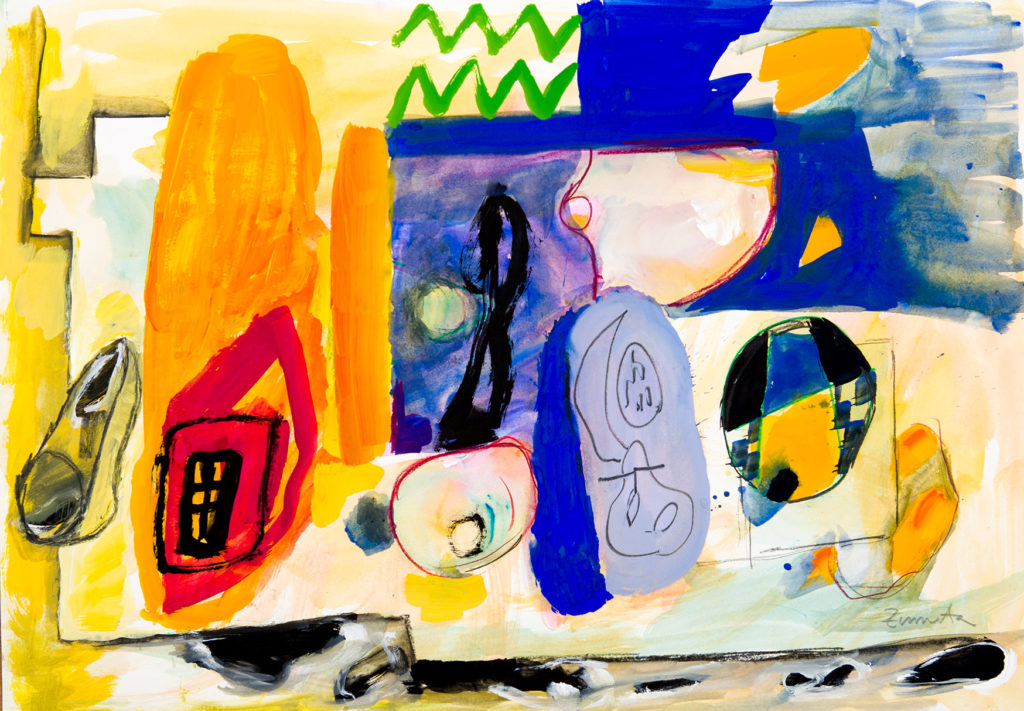