With the title of "Crónicas" (chronicles), We present a new solo exhibition of José Leguey in our gallery, it’s a selection of mixed medias done during the last couple of years. As it’s usual on him, they are of medium and small size, although this time he has added some larger pieces, on which despite this change, he has been able to jeep intact the sense of intimacy that has always been typical of him.

Leguey uses old photos, paper cuts, objects of any kind that he disguises with veils and combines in collages of different materials, achieving with this to offer a new vision of reality. It’s a very personal look that includes a his critical voice with society with a great dose of irony and satire.

On his work, Leguey also goes close to the avant-gardes in different ways, it can be seen, for example, in the use of techniques such as the papier collé and his approach that combines surrealistic forms in an expressionist background. But is a closeness that he does with his own voice, in a way that he makes this influence his own, he turns it into his own language.

The usual elements of his work are still present in this exhibition: an dreamy world populated by men, insects and constructions, sometimes impossible, sometimes real, but without gratuitous elements and always with a sediment that may disturb or invite to a reflection.

His dioramas are in the same vein as artists such as Cornell, Carlos Pazos or Sara Huete in the shapes, but the tales he shows in his work are closer to Kafka, they seem to imply the beginning of a new novel or a poem. The mystery, the treat and the intrigue are part of his thematic universe,  a universe, however, he resists to unveil in order to allow the viewer to face his work without prejudices and urging him to extract his own conclusions. 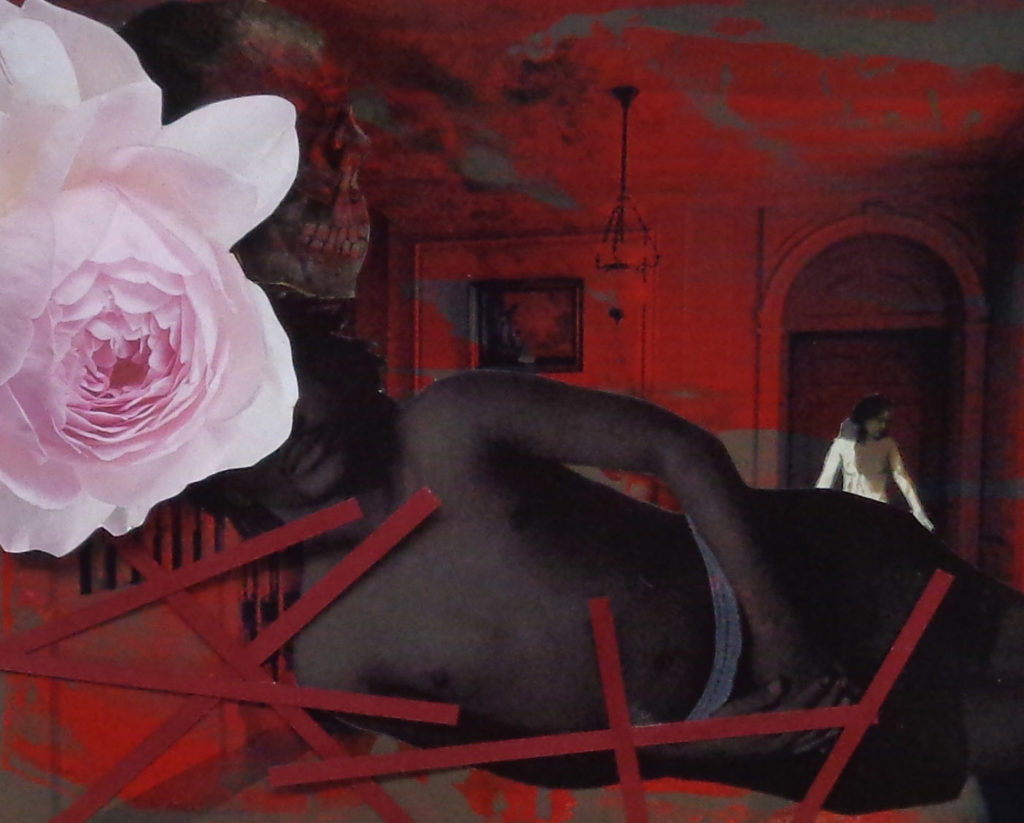 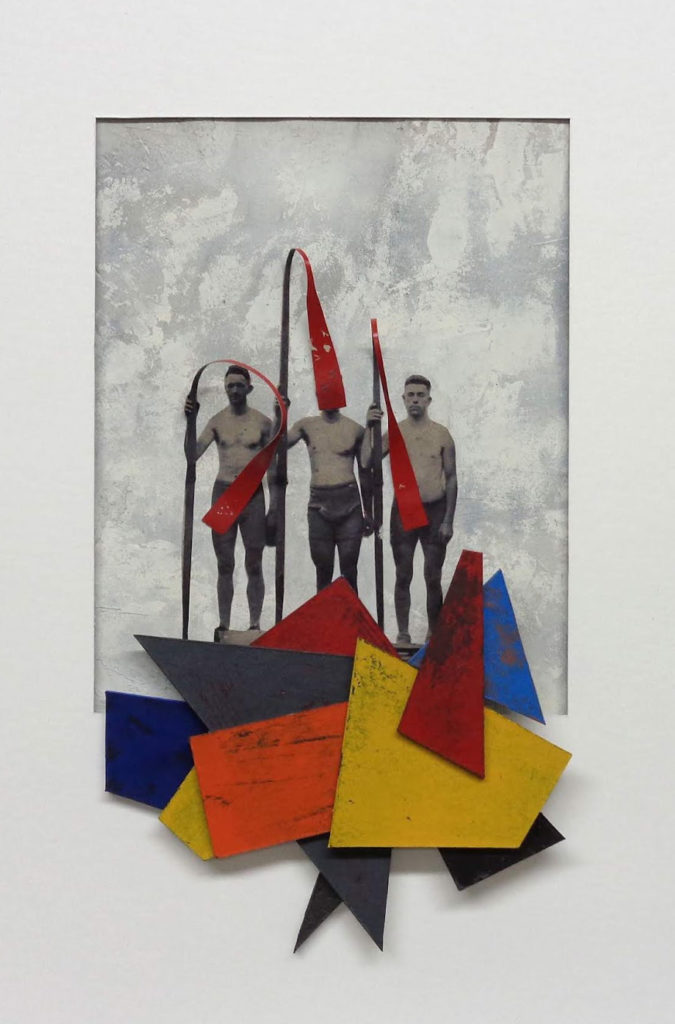 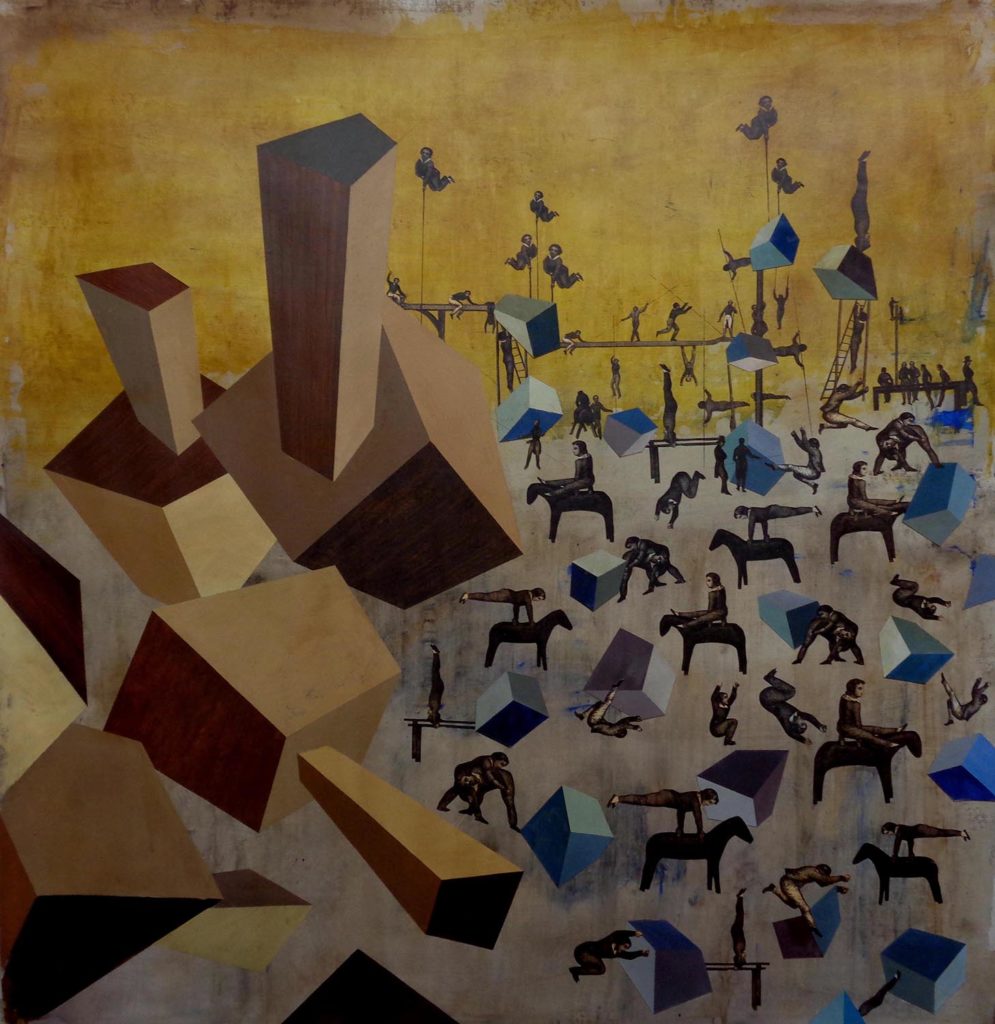 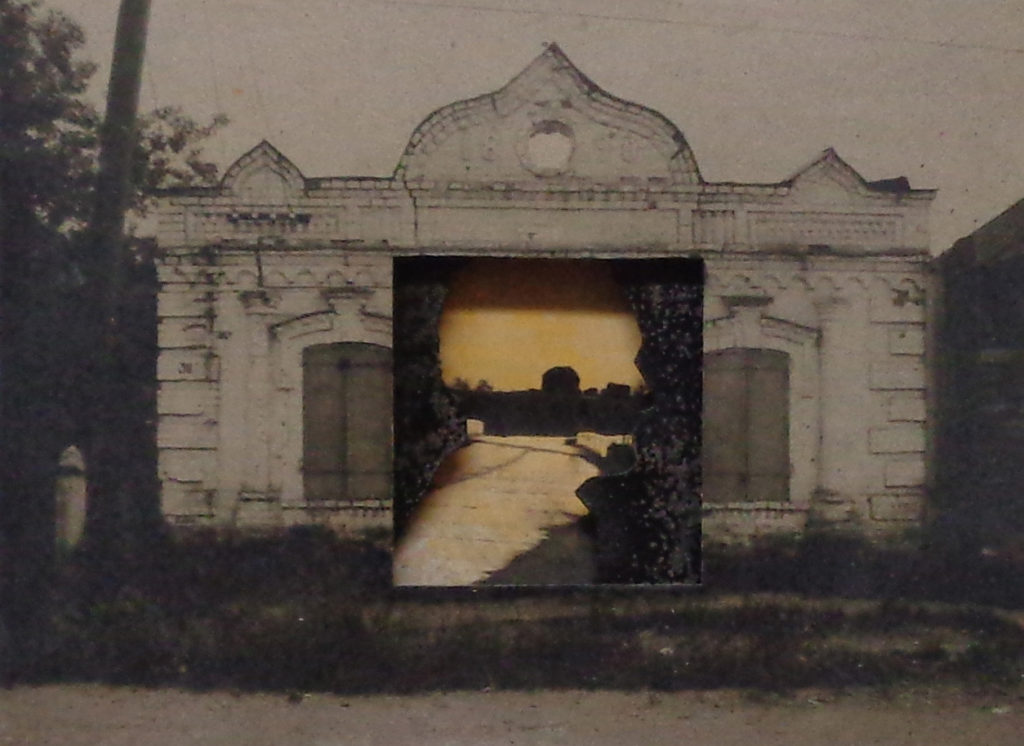 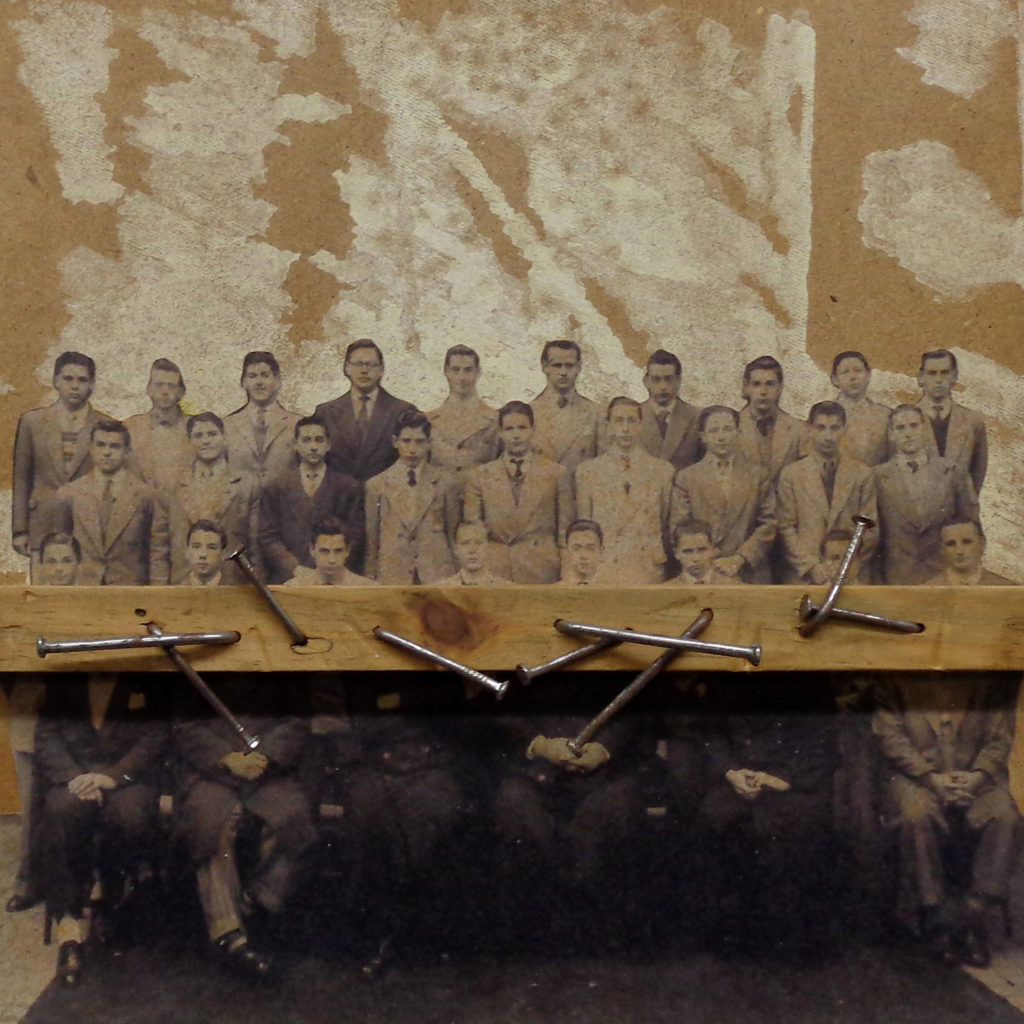 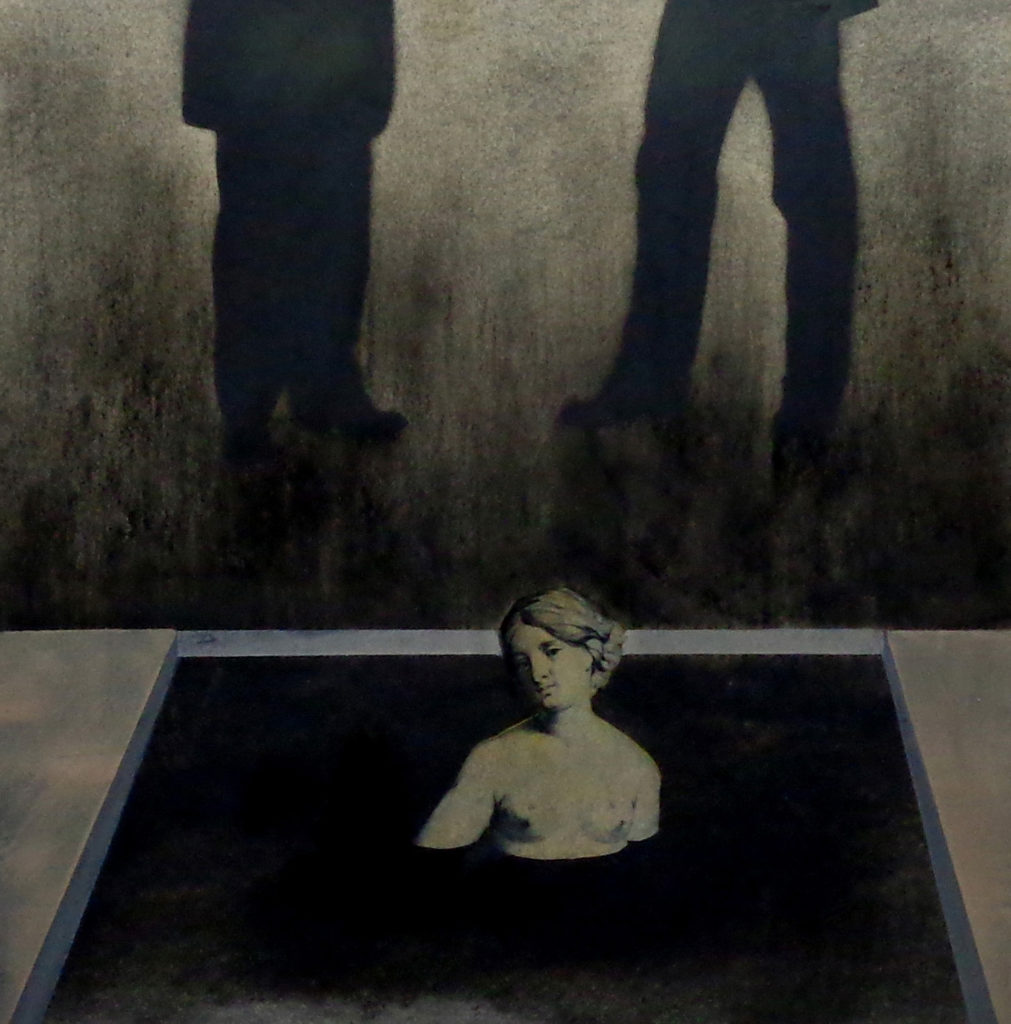 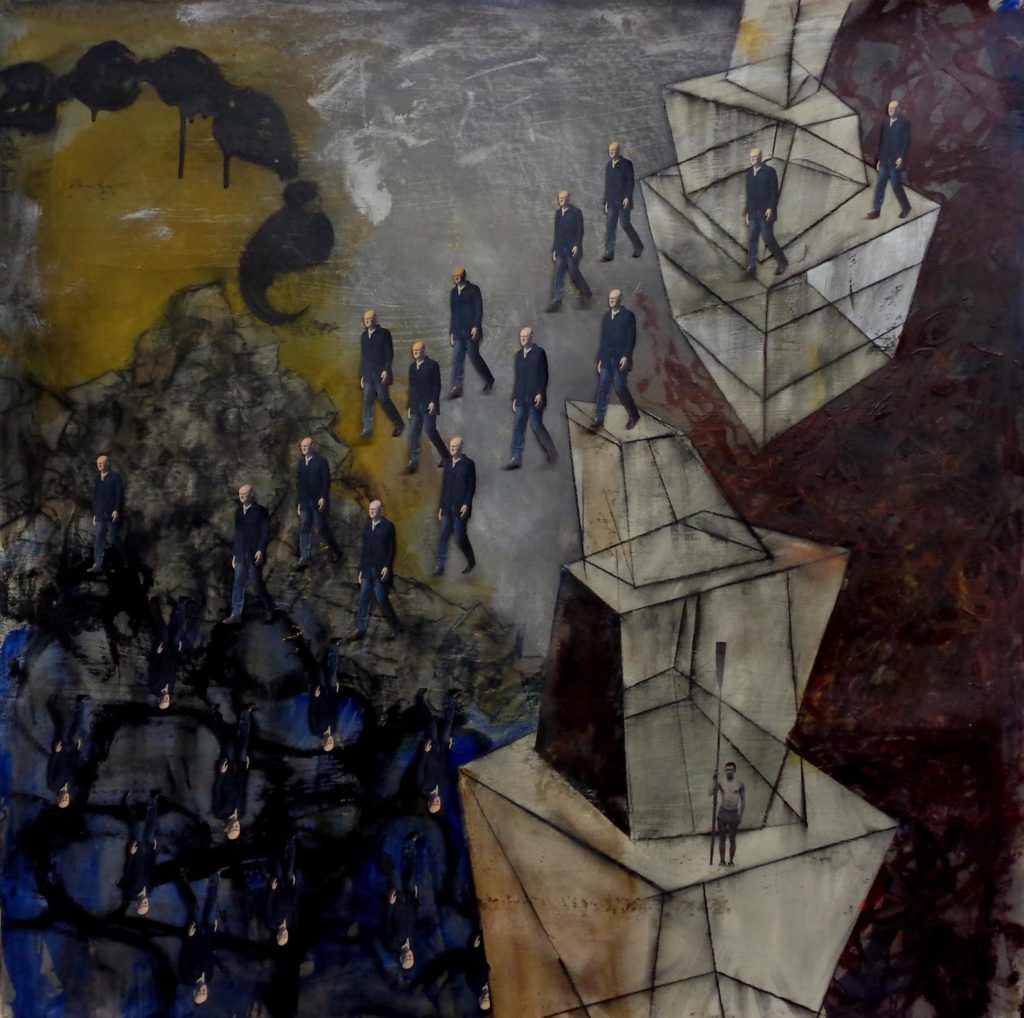 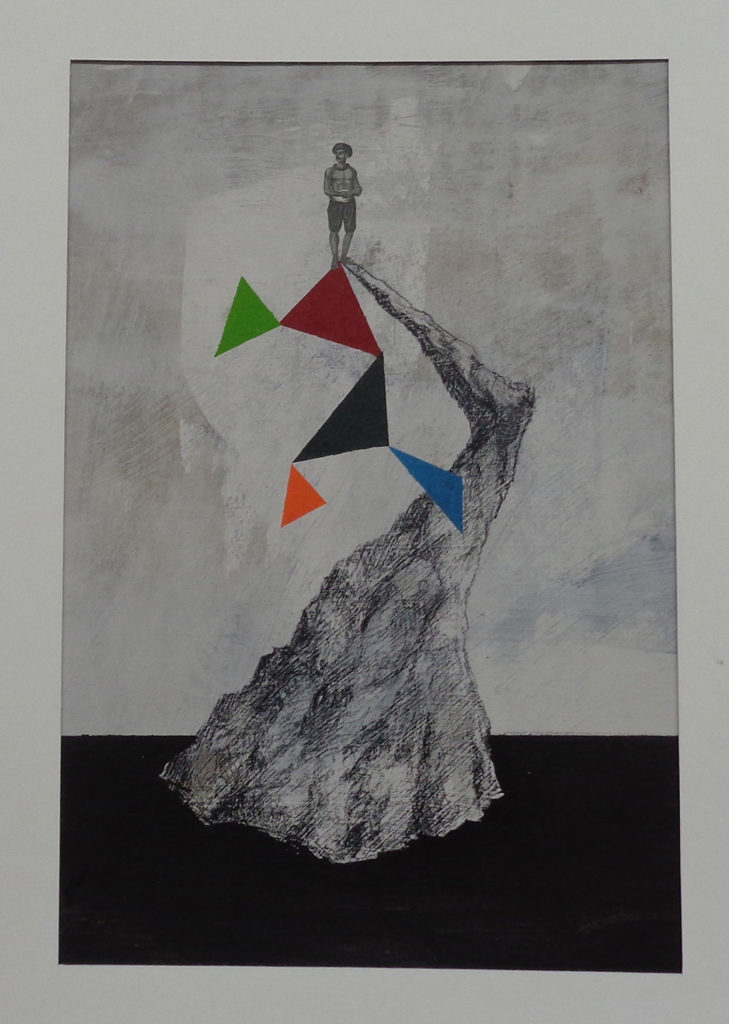 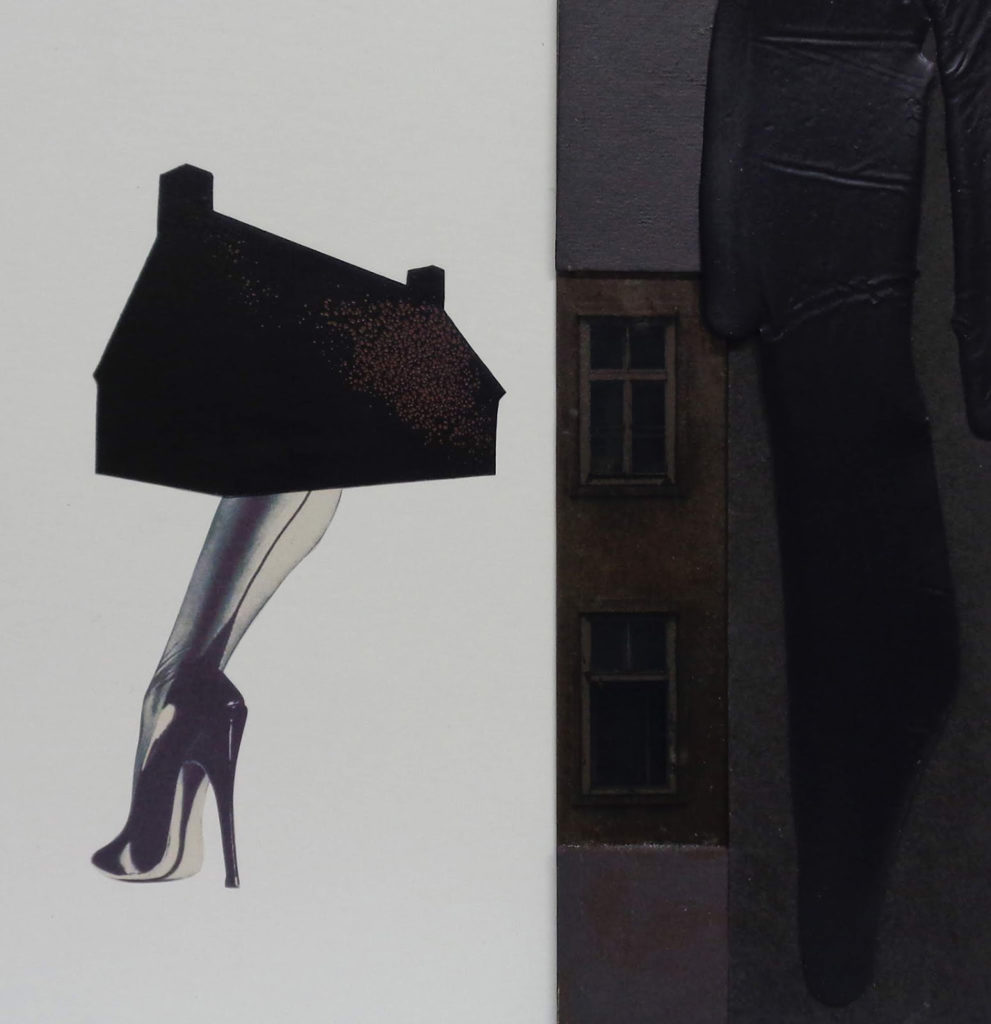 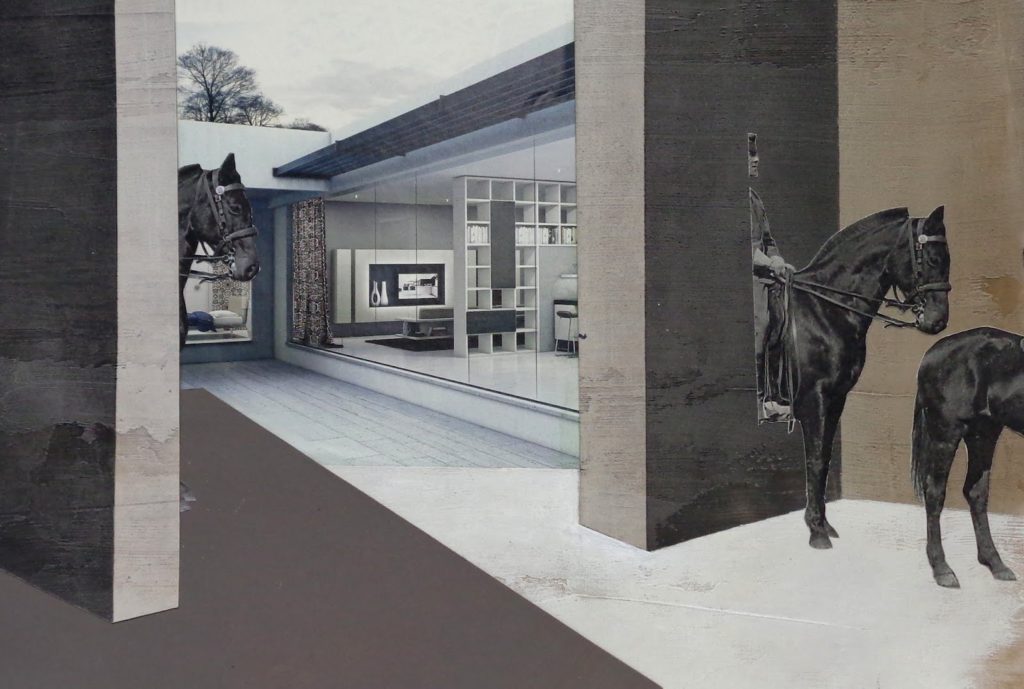