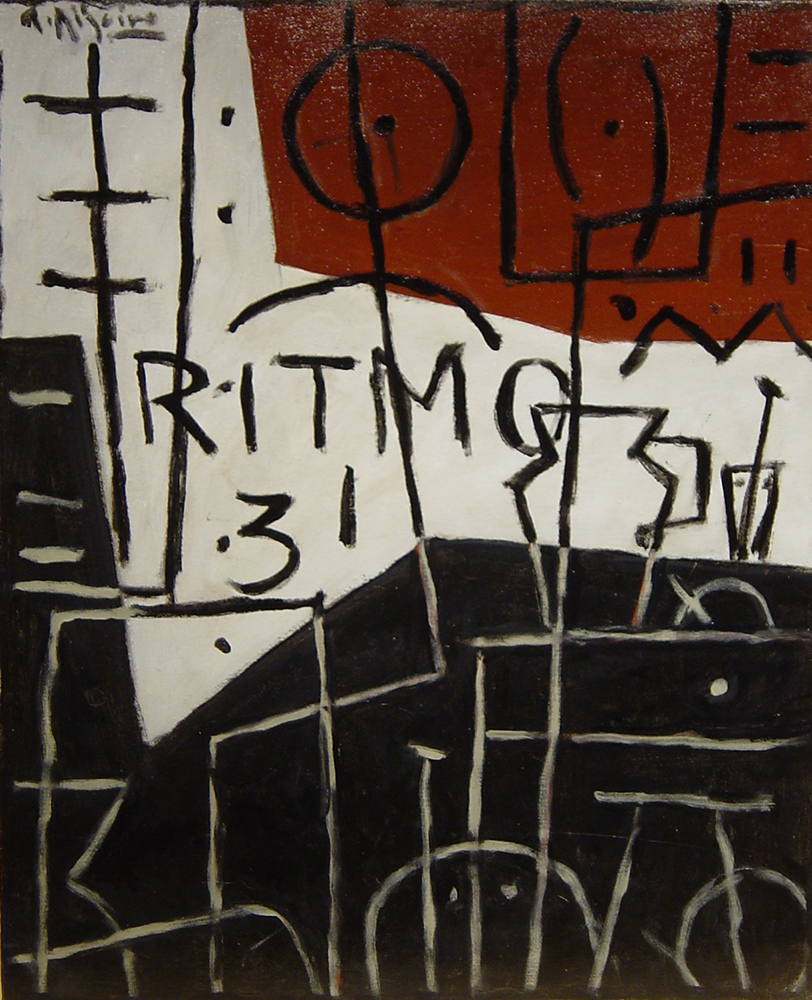 Our gallery has always been linked to the world of constructivism. Joaquín Torres-Garcia has been a reference in our exhibitions dedicated to the historical avant-gardes. Furthermore, we were lucky enough to meet his son, the painter Augusto Torres who lived 10 years in Barcelona and to whom we have dedicated two solo shows, in 1996 and in 2004.  Also in Barcelona lived Guido Castillo, writer and philosopher, undisputed reference for those who study La Escuela del Sur (The School of the South), active member of the Taller Torres-García (TTG) and man of a great culture.

All these friendships allowed us to meet in 1997 one of the first members of the TTG of Montevideo, Alceu Ribeiro. The photo of one of his Works in the catalogue “La Escuela del Sur, el Taller Torres-García y su legado” (El Taller Torres-Garcia: The school of the South and his legacy), itinerant exhibition that was presented at the MNCARS Museum in Madrid, and that was also presented in New York, Washington, Austin, Mexico City,  caught our eye and, thanks to our relations with the constructivist world, we could contact him. By that time he was living in Palma de Majorca and had never exhibited in Barcelona.

After a telephone call, he informed us that there were Works by him in our city, he had sent them for an exhibition that never happened and we decided to get them so we can see his Works by ourselves. When we arrived to the storehouse that held them, we found out that the paintings haven’t even been unpackaged; they were still in cardboard boxes covered with dust.

When we saw the pieces, the feeling was that we have ust found a lost treasure. The strength, the rhythm and the balance of those Works showed up to which point Ribeiro had made his own the teachings of Torres-Garcia in the Montevideo of the 40s, without losing his own personality. It was a gift to found them.

A few weeks later, Alceu visited our gallery and we had the pleasure to find a person as great as his work. Honest, easygoing, with a vast culture and with a warmness and modesty that tutned him into someone close from the very beginning. It was terrific to listen him talk, always with his personal sense of humor. He soon became a close friend. We came back to him whenever we had any doubt related to the world of Torres-Garcia and constructivism.

A few months later, we presented his first solo show in our gallery, with a great success among critics and public. Close to 80 years old, but with an incredible vitality, he became one of our leading artists, and that same year he took part in the show “El Taller Torres-Garcia”, exhibition that was a discovery for our city and that also earned us  an ACCA award (Catalan Association of Art Critics) for the best exhibition of the year.