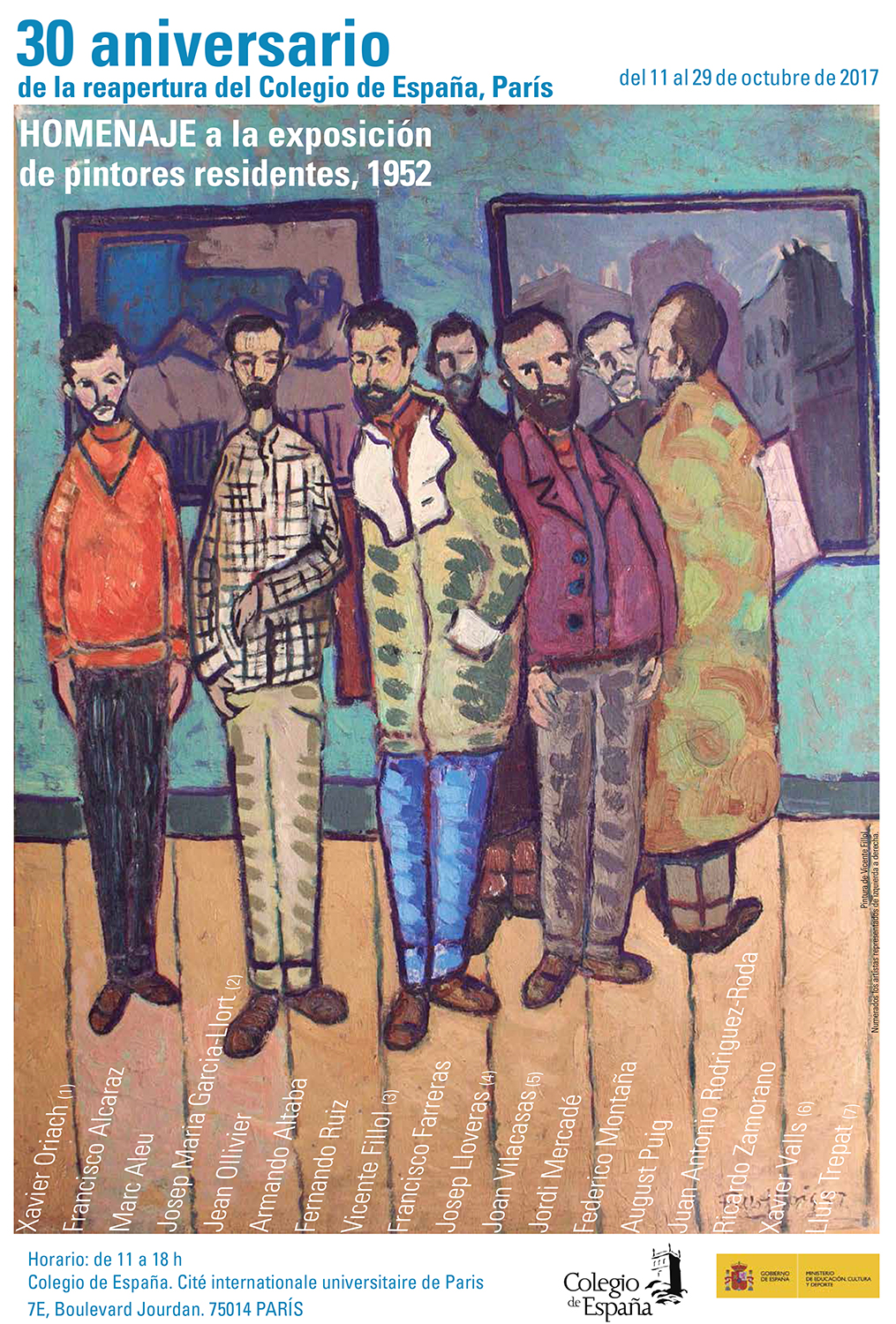 Curated by Josep Miquel Garcia, the show features the works of the artists who exposed in 1952, among them, Josep Maria Garcia-Llort, whose work will be exhibited alongside the paintings of his colleagues such as Xavier Valls, August Puig or Jordi Mercadé.

The Spanish college was a place to exchange information and technical tips in an environment that encouraged the mutual inspiration. This union made that a lot of the work of these artists had common links, mainly in the colors, with a somber palette.

The original exhibition opened at the Spanish College, at the Cité Universitaire de Paris between March 31st and April 19th 1952, featuring the 16 artists whose work is presented again and, in some cases such as Josep Maria Garcia-Llort, recovering the paintings exhibited back in the day.