We present a new exhibition dedicated to Jordi Amagat in our gallery, over thirty pieces that show part of his work from the last three years.

The oeuvre of Amagat has its origin on the avant-gardes: the cubist roots of his painting are evident, as well as some surreal flair. Besides these influences we have to add his interest on the metaphysical painting, and, above all, a need to experiment, something he has never refused and that gives his work a personal sense of timelessness. The tonality of his palette brings him close to art deco, mainly to Tamara de Lempicka, but the similarities end here, his themes  and compositions go towards another direction, completely his own.

In the current show the artist presents a novelty on a technical level: his characteristic paintings are accompanied this time with a series of collages, it is a conjunct of pieces in wood on which, in the way of a puzzle, distributes and paints over a flat surface creating very peculiar bas-reliefs that have some places in common with the unmistakable alphabet of Joaquin Torres-Garcia.

When he addresses the subject of human figure in his paintings, Jordi uses the classical principles, but when he faces nature he uses an approach on which geometry owns the composition giving as a result a solid work, almost stony, of a personal sturdiness that gives these pieces a melancholic and silent flavor.

On this occasion we present for the first time some of his sculptures in bronze. Amagat’s painting has a power and a volume that long ago predicted that he would move towards the third dimension. Now, after doing several works on ceramics, he presents in Barcelona these pieces, works on small format and on a limited printing, that are a continuation of the rotundity and potency of the pictorial work the artist.

The show will be open until April 6th. 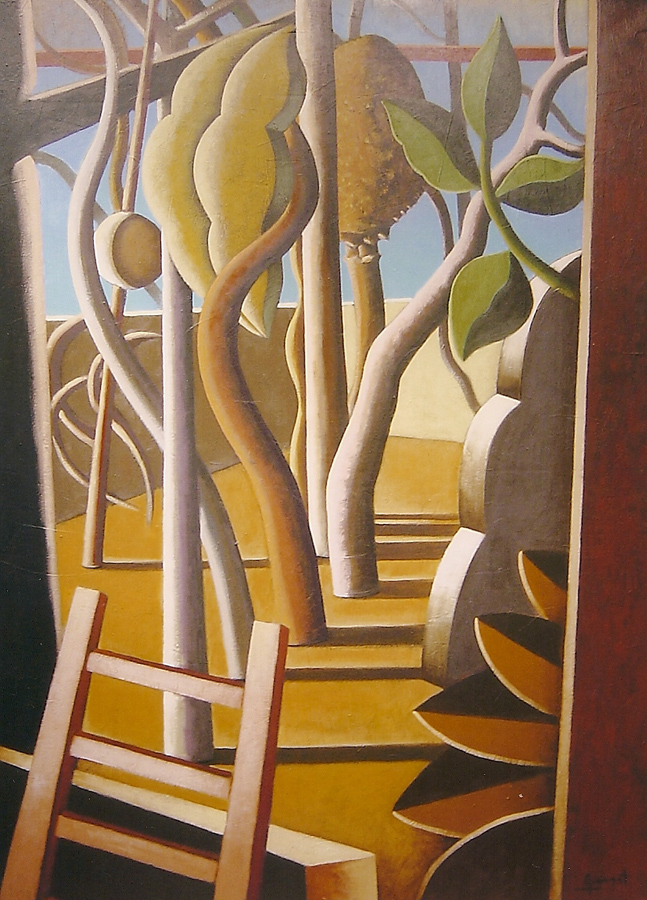 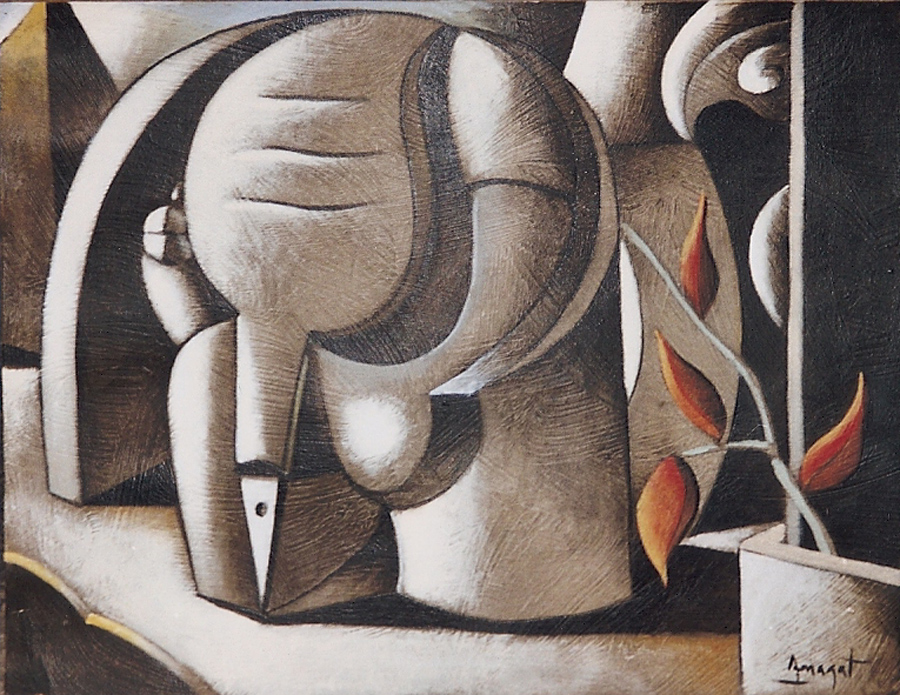 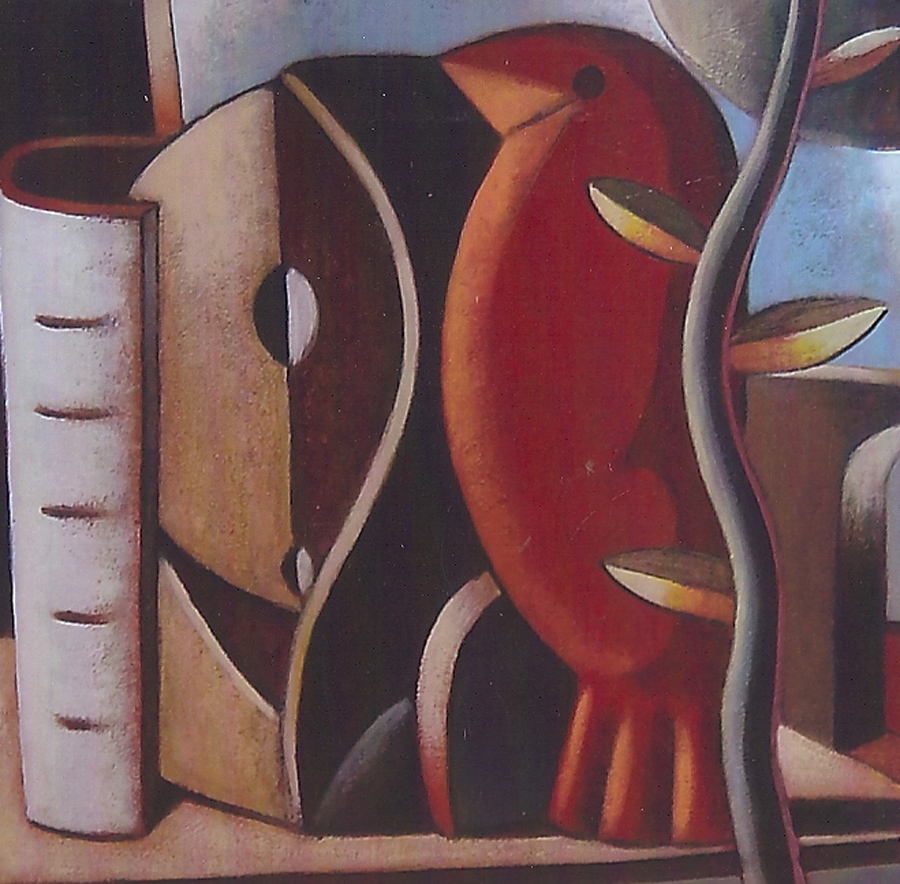 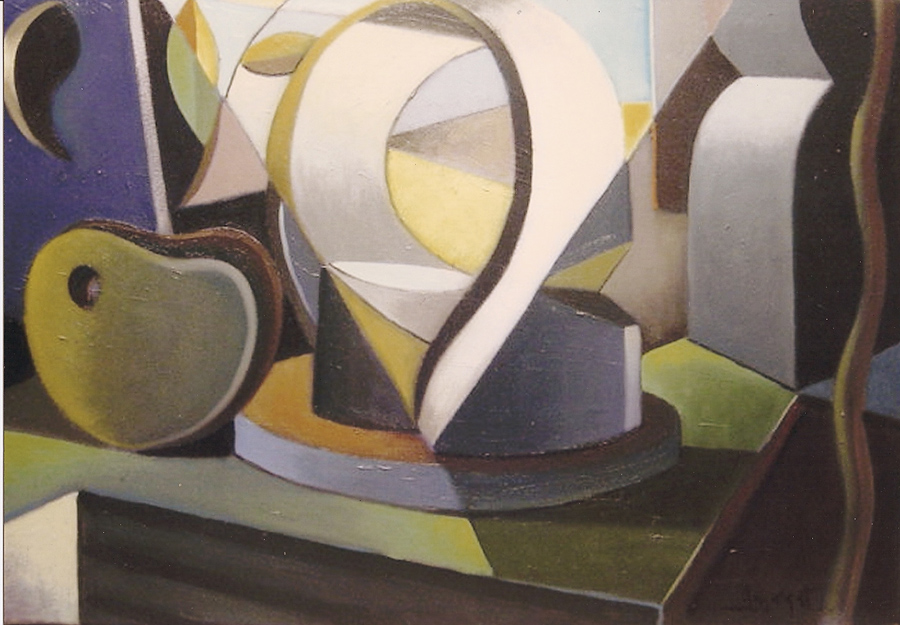 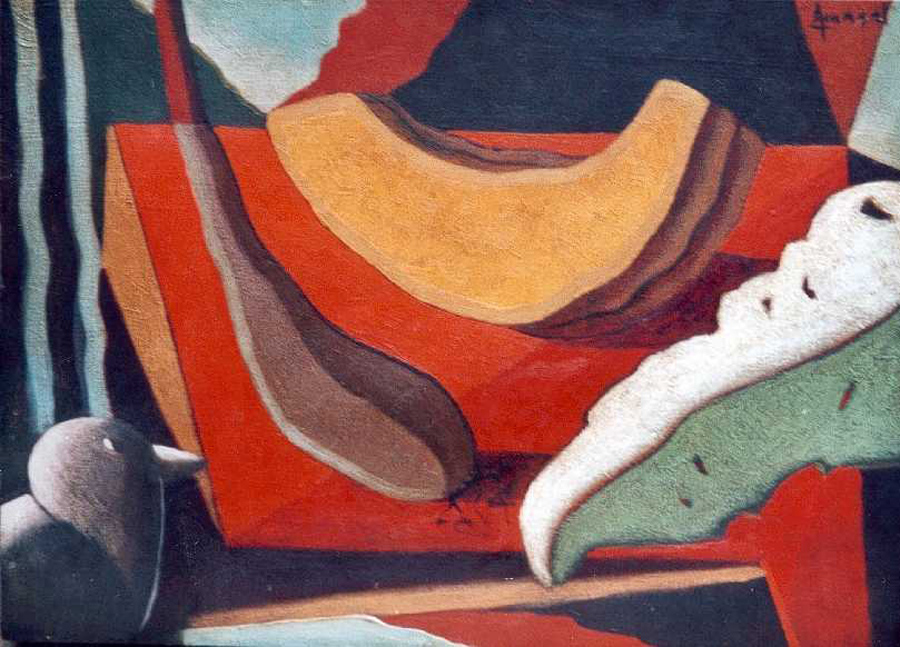