We present the first solo exhibition of Jordi Amagat. The painter from Girona has participated in several group shows in our gallery, but this will be the first monographic show we dedicate to him.

For this occasion, we ha have decided to focus on his most recent works, choosing pieces he has done during the last couple of years, over 20 paintings, acrylics on canvas, paper and wood that we will present until the next November 4th.

The work of Jordi Amagat has echoes from Giorgio de Chirico or Pablo Picasso, mainly in the paintings where the human figure is the protagonist, gigantic personages of great rotundity and strength. His compositions, on the other hand, seem to be submerged in silence, with a look almost petrous that situates them in an unreal and mysterious place, like if they were coming out of a dream. It’s in this world where the artist creates his most personal work, with the freedom to give free rein to his imagination with no formal limits.

The treatment of color deserves a separate chapter: Amagat uses all the colors he has at hand, but often, when he faces a work, he chooses to only use the ones the composition requires, creating sometimes painting almost monochromatic, on which the shades of one color occupy the bulk of what is represented. The rotundity of his shapes allows him to use strong colors that give his work a great potency that gives to his paintings a very personal strength, his compositions are always overwhelming, but he treats them with great delicacy, giving his work a personal poetic flair.

We have known the work of Jordi Amagat for a few years and that is why we can appreciate how it has evolved and matured to the personal point it has reached now. The group of paintings we have selected are a great example of how his years of experimentation have given as a result this pieces, that although do not renege their influences, such the historical avant-gardes, are marked by an undeniable personal stamp. 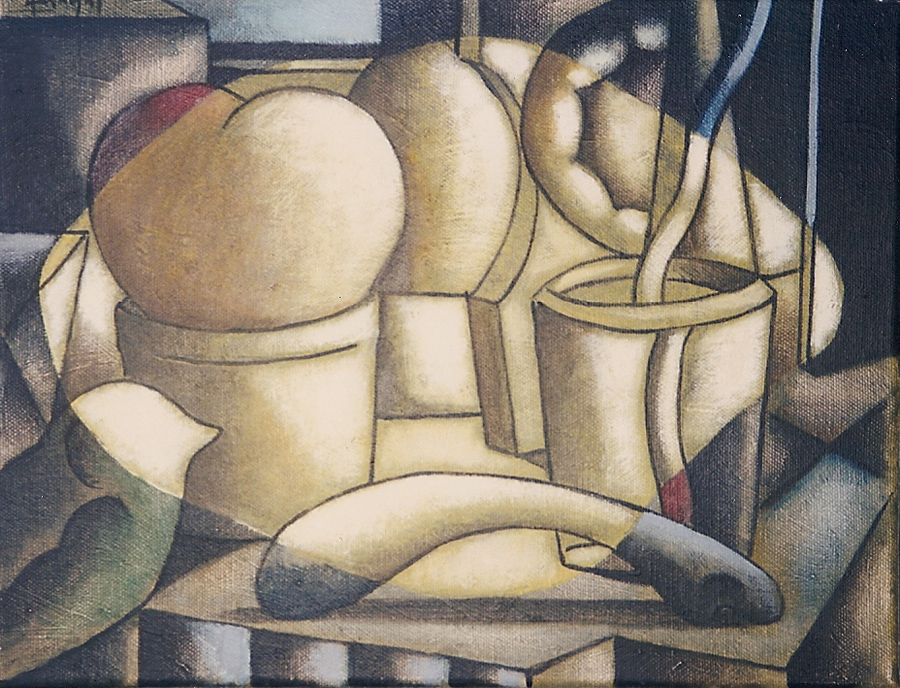 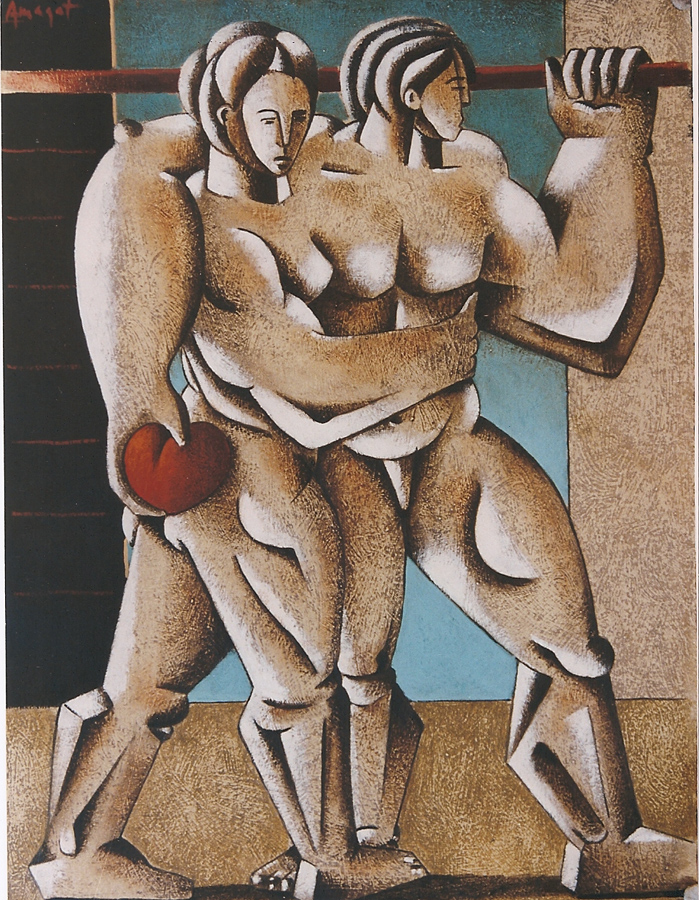 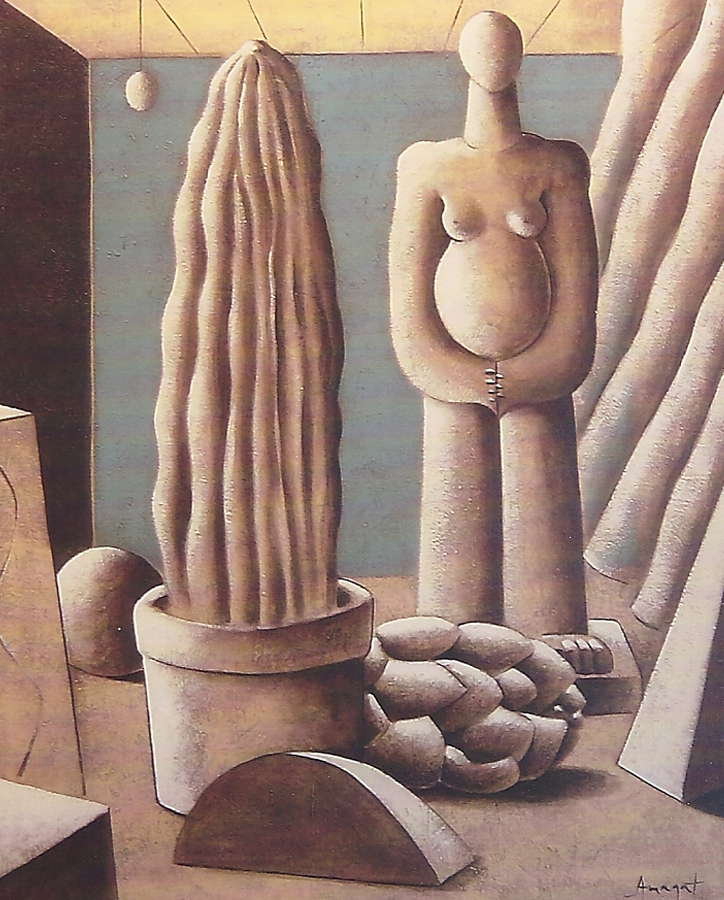 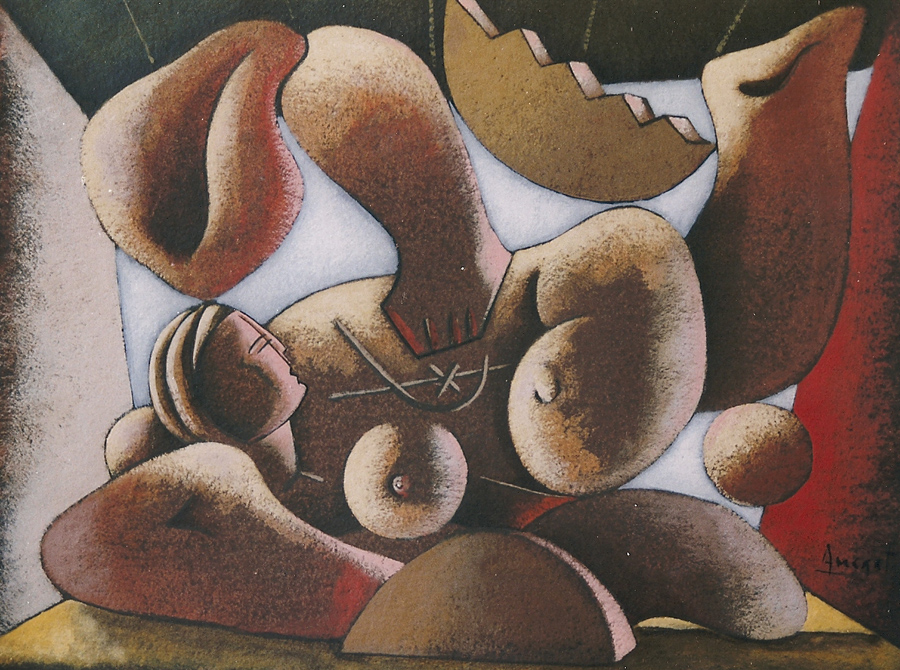 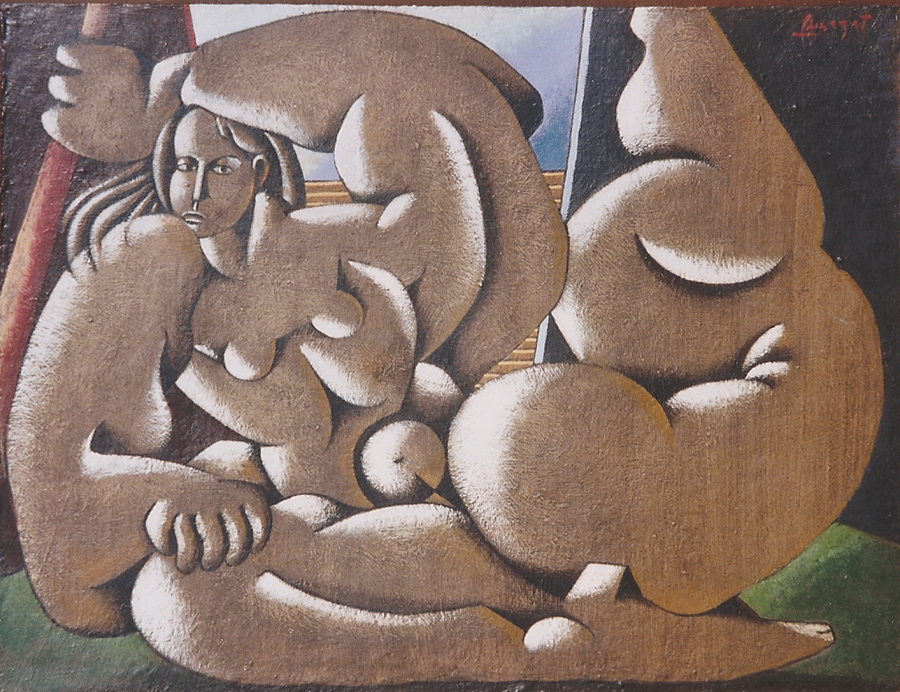 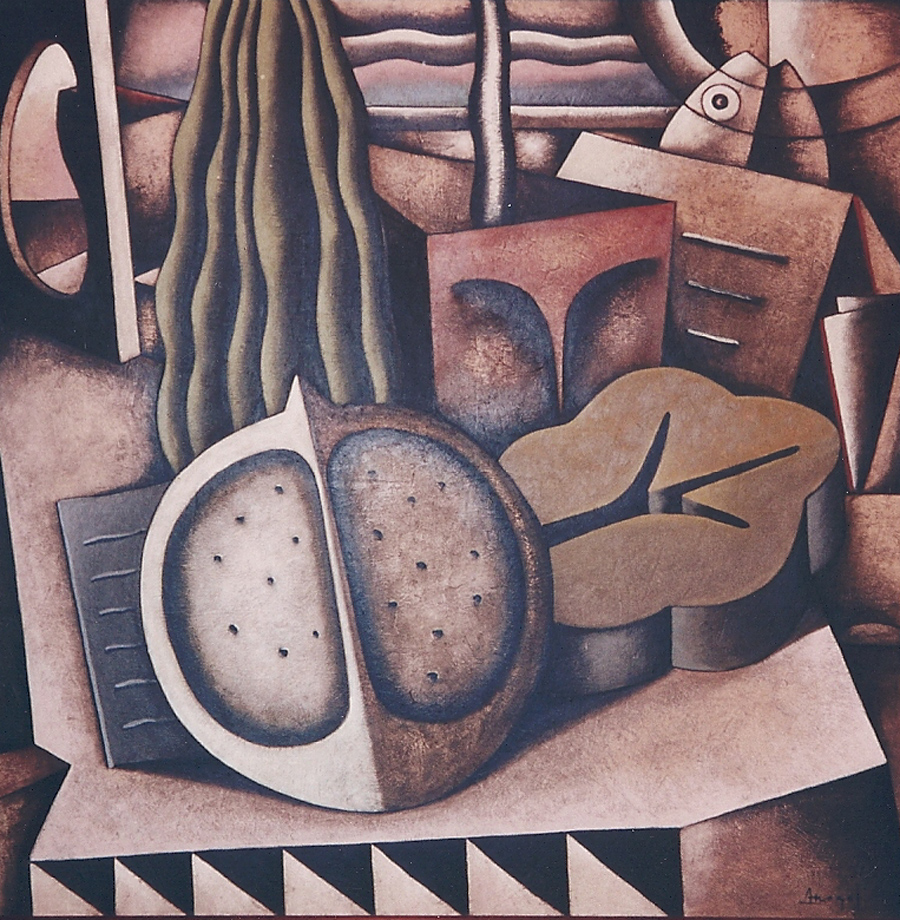